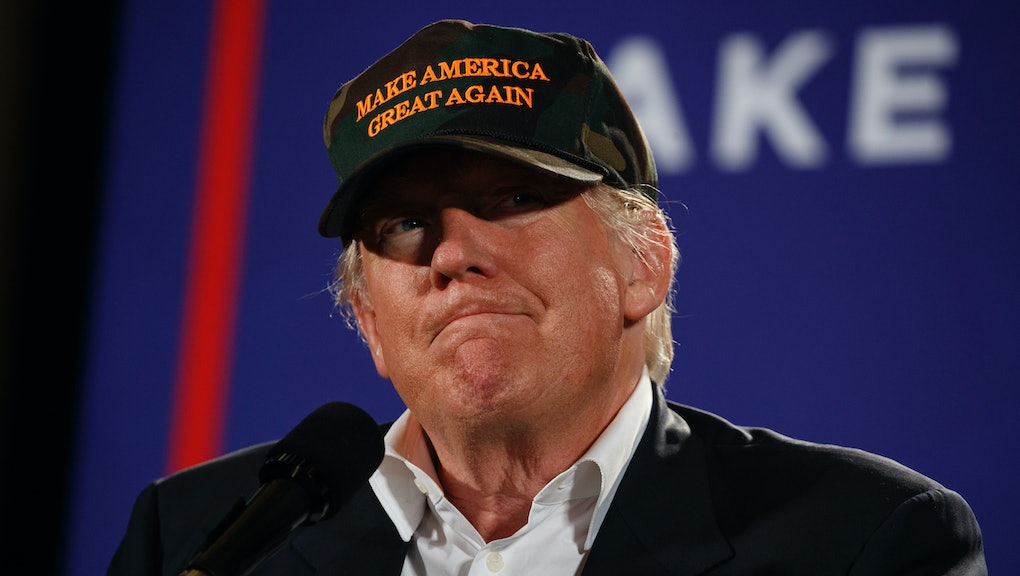 Donald Trump polls: What the latest figures say about the Republican's chances on Nov. 8

If Donald Trump's Twitter presence is any indication, the Republican nominee is feeling confident about his chances of coming out on top on Election Day. On Wednesday, Trump rejoiced that there were only six days until he would win Florida and "win back the White House." After a rally in Orlando the same day, he reassured his supporters that he would soon be "delivering justice for every forgotten man, woman and child" in the United States.

This week, Trump saw small bumps in battleground states like New Hampshire, Ohio and Florida which could be giving the candidate a boost of self-assurance in the election's homestretch. But though Trump's chances of clinching the presidency are increasing, FiveThirtyEight maintains that Clinton is still much more likely than Trump to win — 64.8% to his 35.2% at the time of this writing.

On Tuesday, Nate Silver explained that Trump has almost no path to victory if he loses the popular vote by a margin of three to five points, and on Thursday, FiveThirtyEight's national poll model showed Clinton with a 3-point lead over her opponent.

If Clinton's national lead shrinks any further, though, Trump's paths to victory widen. According to Silver, Trump must have a breakthrough in at least one of the states where he's currently losing to have a fighting chance on Nov. 8.

Silver says in the case of falling national polling numbers for Clinton, Michigan and Wisconsin may be the states that decide the election, versus Florida and Ohio, which have historically been predictors of presidential election outcomes.

As of Wednesday, Clinton led Trump in Wisconsin with a hearty six points, according to a Marquette University survey. And in Michigan, Clinton still boasts a 3-point advantage over Trump.

Though the odds don't seem to be in Trump's favor at the moment, a lot could happen in the next five days and with states that are too close to call, we'll just have to wait and see.