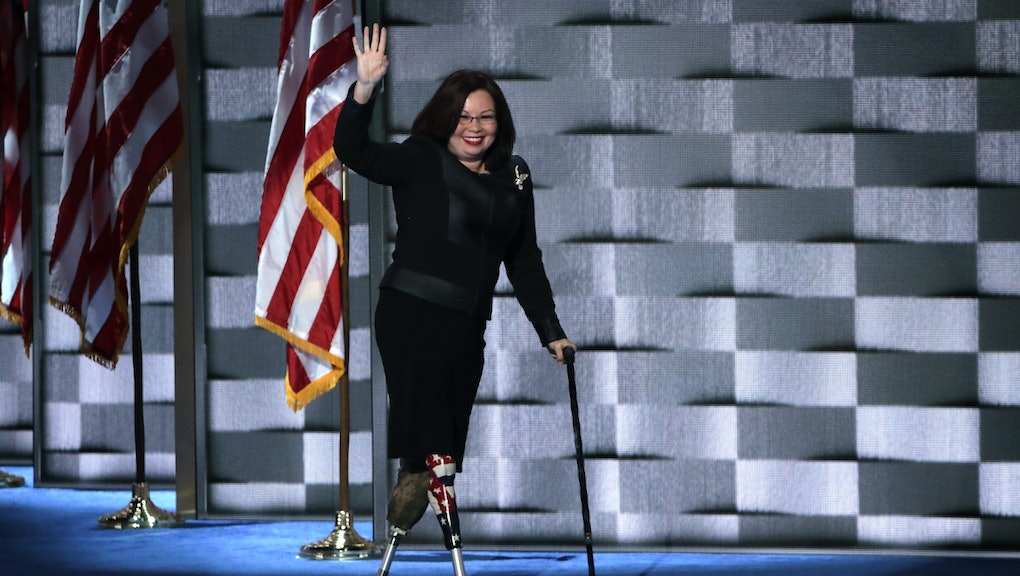 Duckworth, who is currently serving in the U.S. House of Representatives, will head to the upper chamber of Congress after a fierce race against her opponent.

Duckworth has led in the polls throughout the campaign. But her lead surged after Kirk attacked her family's history of military service during a debate on Oct. 27. Duckworth, an Army combat pilot who lost both of her legs in Iraq, talked about her Thai heritage and pointed out that her family's military service dated back to the American Revolution.

"I had forgotten your parents came all the way from Thailand to serve George Washington," Kirk replied before a stunned audience.

An Emerson College poll conducted from Oct. 28 to Oct. 30 put Duckworth ahead of Kirk by 18 percentage points.

Before the election, FiveThirtyEight gave Duckworth about a 97.4% chance of winning Illinois.