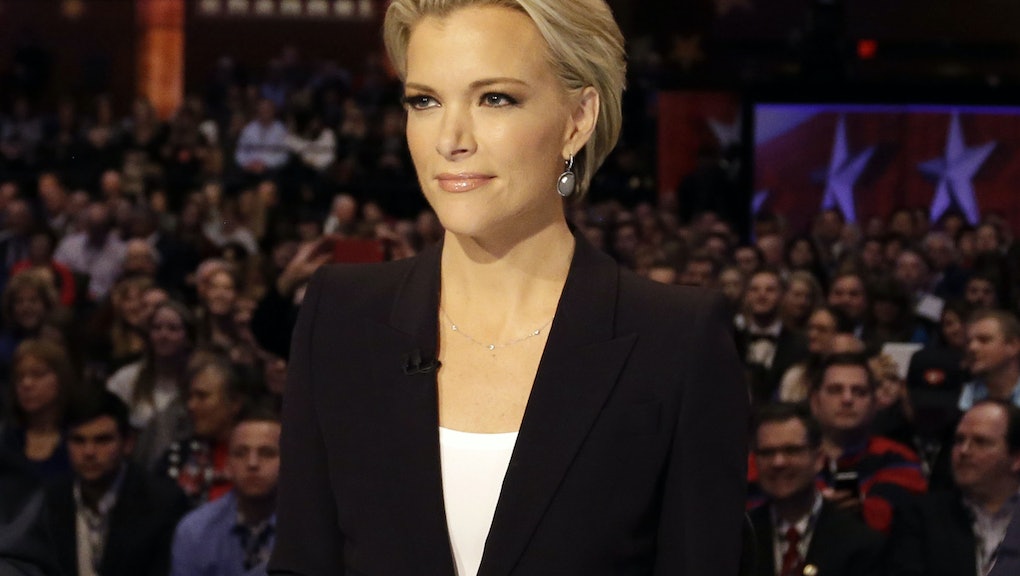 Although he was sued for serial sexual harassment earlier this year, former Fox News chairman Roger Ailes hasn't had such a hard time in 2016. The cable news veteran managed to evade a full-blown legal battle over his alleged misconduct and left the network with $40 million in his pocket, not to mention a reported gig working for Donald Trump's campaign. But, thanks to explosive new allegations from Fox News' now-reigning heavyweight, Megyn Kelly, Ailes' relative good fortune could soon come to an end.

Kelly, who is currently in negotiations to renew her multimillion-dollar contract with Fox News, is set to go public with her account of Ailes' predatory behavior, according to Radar Online, which obtained a copy of the anchor's forthcoming memoir. The Kelly File host reportedly decided to add a chapter to her book, Settle for More, at the last minute, detailing her former boss's response to Gretchen Carlson's harassment complaint as well as her own experience of being preyed upon by the network head.

In addition to accusing Ailes of trying to coerce her and other Fox News employees to defend him, Kelly's book alleges the media exec began harassing her when she joined the network as a legal correspondent in 2005. A few months after her tenure began, the host writes, her managing editor informed her she'd "captured the attention of Mr. Ailes," Radar reported.

"Roger began pushing the limits. ... There was a pattern to his behavior," Kelly writes. "I would be called into Roger's office, he would shut the door, and over the next hour or two, he would engage in a kind of cat-and-mouse game with me — veering between obviously inappropriate sexually charged comments (e.g. about the 'very sexy bras' I must have and how he'd like to see me in them) and legitimate professional advice."

In the book, Kelly also confirms that she previously told Fox News' internal investigators about Ailes' behavior toward her — about which she decided to speak out after Carlson filed her lawsuit. The Fox News star had not yet revealed her experience outside the network, but now claims the network head offered to help her get ahead in her career "in exchange for sexual favors." She also says Ailes made unwanted physical advances on her, which she allegedly rejected.

"He asked me an ominous question: 'When is your contract up?' And then, for the third time, he tried to kiss me," Kelly writes of a 2006 encounter with Ailes. Several months later, after she reported the chairman's behavior to a supervisor, the harassment stopped.

But that doesn't seem to have been the case for several other Fox News employees who say Ailes routinely made inappropriate sexual comments and forced himself on them during his reign. As many have asserted — and as Kelly corroborates in her book — the executive not only fostered an environment of secrecy and silence among his employees, but also mandated staffers to defend him against the harassment allegations, which he has vehemently denied. Kelly's account raises questions about the real motives of Fox News contributors who defended Ailes in the wake of the lawsuit, many of whom might not have had the host's star power and leverage to say no.