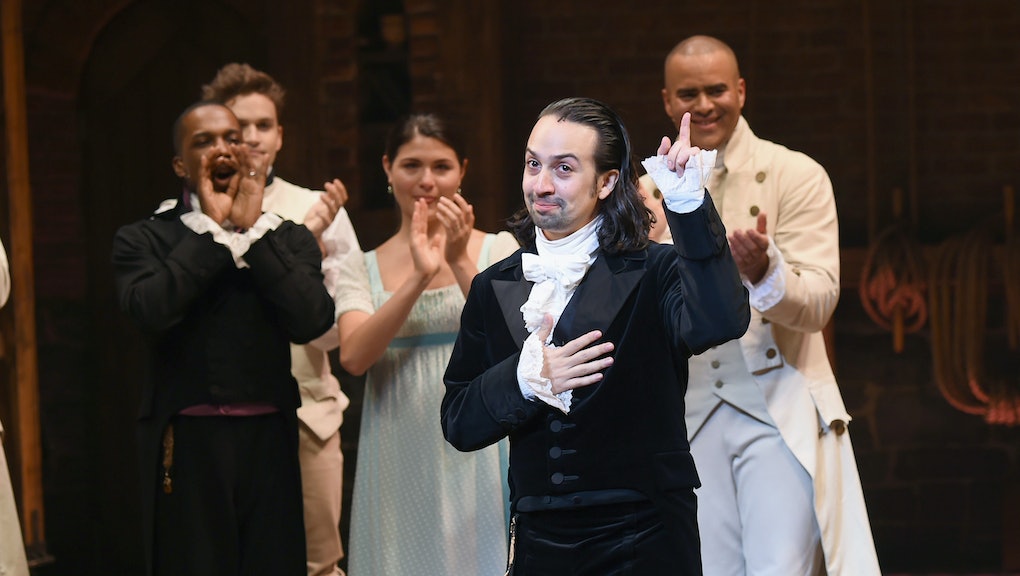 For all those people still plugging away at Hamilton's daily lottery trying to get tickets, you now have another way to experience the show's groundbreaking mix of colonial politics and hip-hop. The long-awaited Hamilton Mixtape, a spin-off reinterpretation of the show's music is finally on its way.

Lin-Manuel Miranda announced the track list Thursday on Twitter. "Been working on a mixtape for years," he wrote. "It's finished." It features contributions from some of hip-hop's greatest and pop's brightest, including: Chance the Rapper, Sia, Nas, Busta Rhymes, Common, Regina Spektor, the Roots, Francis and the Lights, Alicia Keys, Wiz Khalifa, Kelly Clarkson, Riz MC and more.

Miranda first announced the project back in March, sharing his hopes that the hip-hop community would embrace the show "because it's such a love letter to them," he told Vanity Fair. Judging by the track list, it clearly has.

"People are coming out of the woodwork, knocking on the door," Miranda said. "Half the songs are cover versions of songs in the show, and the others are interpolations—we'll take some of this, some of that, and make something new out of it."

Chance the Rapper, who appears alongside Francis and the Lights on the album's final cut, "Dear Theodosia (Reprise)," only had glowing things to say when he spoke about the play and the mixtape when he sat for a dual interview with Miranda in Complex.

"Hamilton is revolutionary in terms of writing," he said. "There's so many different pieces and each one hits perfectly as a musical theater piece, hits perfectly as a hip-hop song, and really tells the story. So just listening to the mixtape versions of them—my favorite artists rapping and singing songs from the theater piece—that, I love. It was awesome. And then being a part of it was even better."

Check out the full track list below and prepare for the revolution when the album drops on Dec. 2.