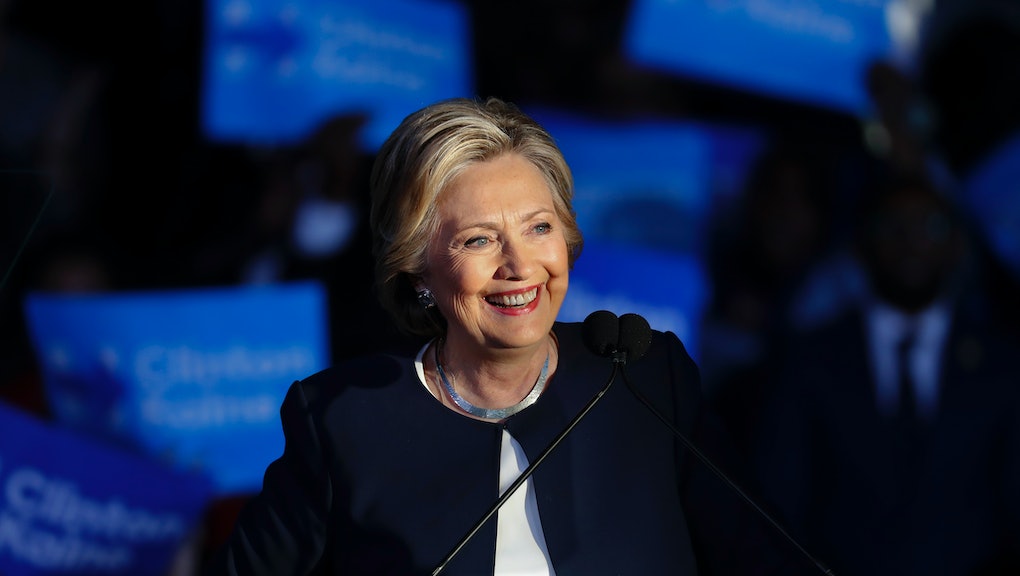 Donald Trump vs. Hillary Clinton: Latest polls and predictions for the 2016 election

The long and arguous odyssey that has been the 2016 election will be over in a mere two days. A timespan we can now quantify in hours. Months of "locker room talk," email controversy and name-calling have brought us here: Two days out from Nov. 8, Democratic nominee Hillary Clinton with a slight edge over her opponent, Republican nominee Donald Trump.

What the polls are saying

According to Real Clear Politics' average of the most recent polls, Clinton leads Trump by roughly two percentage points — many, but not all, of these skew in her favor.

A poll conducted by NBC News and the Wall Street Journal, released Sunday, put Clinton further ahead, with 44% support among the 1,282 voters polled to Trump's 40%.

Sunday's installment of an ABC News and Washington Post tracking poll showed a similar Clinton-held margin, with the Democratic candidate five points ahead of Trump, 48% to his 43%. Clinton supporters were more likely to be motivated by legitimate support of their candidate, rather than out of opposition to Trump. By contrast, those who said they were voting for the Republican nominee were more likely to back him because they opposed Clinton. Participants largely selected Clinton as the better-tempered and more qualified, who is more empathetic to everyday people's problems and has more moral fiber than her opponent.

Not all of the recent polls put Clinton in the lead, though. An IBD/TIPP tracking poll for Sunday placed Trump one point ahead of Clinton. That survey confirmed that Trump's support base is primarily composed of older white people, many of them men. Clinton, meanwhile, was mostly backed by women, plus African-American and Latino voters.

As has been the case since July, the USC Dornsife/Los Angeles Times tracking poll for Sunday gave the Republican nominee an over five-point advantage on his rival. Since July, with only a handful of exceptions, that poll has consistently given Trump the lead.

What the forecasters are saying

According to Nate Silver, who — the 2016 primaries aside — is generally agreed to be a boss when it comes to predicting election results, we should heed the polls when they say that Clinton is in the lead, but not discount the narrowing race. There are too many factors at play to call any one outcome the most likely, even two days away from the election.

Silver's forecasting model at FiveThirtyEight gives Clinton a nearly 65% chance of winning the presidency and Trump a 35% shot. While those odds pretty clearly favor Clinton, they've also given Trump a growing edge in recent weeks, which has caused Democrats to sweat. Yet the forecasts presented by other outlets are sunnier: According to HuffPost Pollster, Clinton enjoys a 98.1% chance of winning the White House, while Trumps odds are a measly 1.5%. The Upshot is slightly less optimistic, but only slightly: They're giving the election to Clinton, 84% to 16%.

According to the Huffington Post, Silver has been "monkeying" with poll results so that they skew kinder toward Trump. Silver, for his part, believes that assessment to be "fucking idiotic and irresponsible." But, as he explained in a Sunday article addressing the election forecasting uproar, he is "kind of confused" as to why his model has been received as "heretical" — a one-in-three shot at a win does make Trump a "fairly significant underdog."

Indeed it does. But that the Trump campaign has gained this kind of traction and found an eager audience in so many potential voters is worthy of pause. Trump supporters will still be Trump supporters on Nov. 9, whatever the outcome of the election.