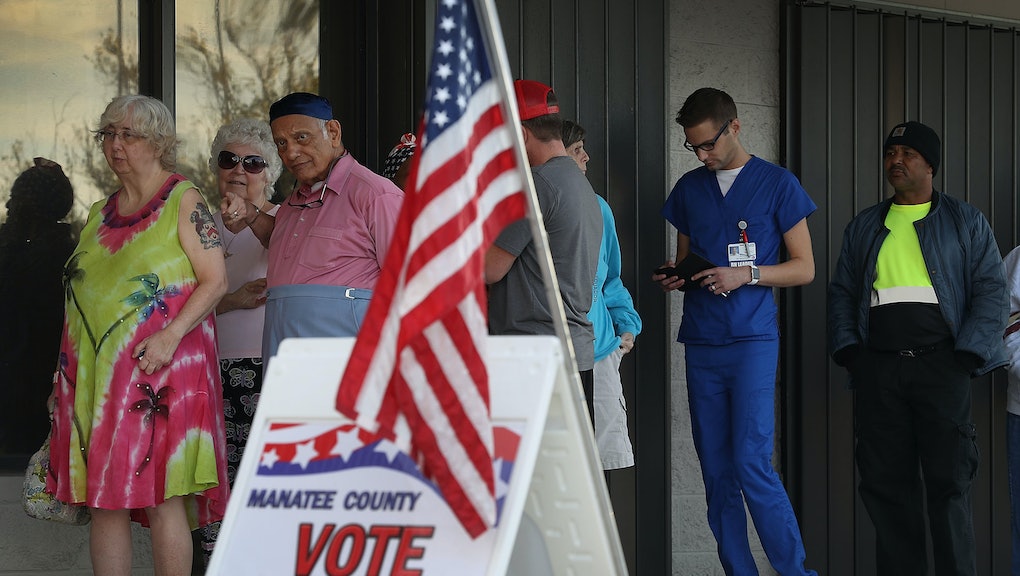 Why is Election Day always on a Tuesday?

In less than a week, Americans across the country will cast their votes in the presidential election, taking part in one of our most deeply cherished and hard-won democratic traditions.

Election Day — Nov. 8 this year — is, of course, a Tuesday. Election Day is always the Tuesday after the first Monday in November. But how did this inconvenient truth come to be? And will we ever dispense with voting on a weekday?

According to an NPR report from 2012, Election Day wasn't always on a Tuesday. In fact, for a significant chunk of early U.S. history, it was on different days in different states — and it's because our Founding Fathers never bothered to pick an official day.

"The Constitutional Convention just met for a very brief time during the summer of 1787," Senate Historian Don Ritchie told NPR in 2012. "By the time they got finished they were exhausted and they hadn't made up their minds on a lot of things."

So, for the next few decades, states were free to set their own dates for Election Day.

In 1845, Congress decided to choose a fixed day to hold elections. But in the middle of the 19th century, the United States was a largely agrarian society.

Now that we don't have to travel to polling places by horse and buggy — and now that many Americans work Monday to Friday jobs — having our elections on a Tuesday is kind of inconvenient. As a recent segment on Last Week Tonight With John Oliver pointed out, having the election on a day when many people have to work means that some people will choose not to vote, especially if it means they'll lose out on earnings for the day — and that has an impact on voter turnout.

Some advocates for a new voting day suggest moving it to a weekend or making it a national holiday could help increase voter turnout, NPR reported, but instigating the change has proven difficult. For now, we seem poised to stick to voting on a Tuesday — even though we're not all farmers bound to horses and buggies anymore.