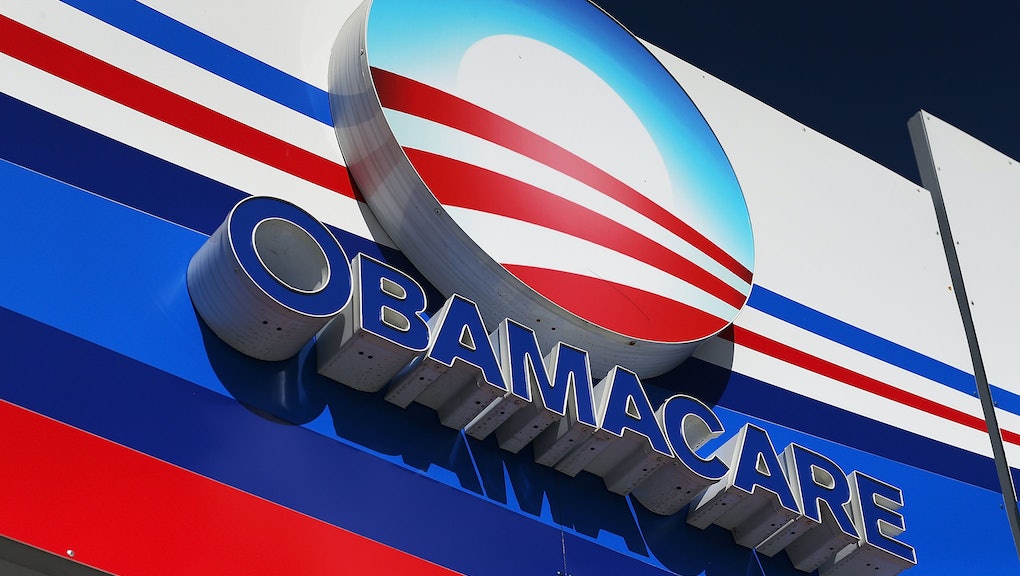 "If we do not see clear evidence of an improving environment and a path toward sustainability in the marketplace," Swedish said during the call, "we will likely modify our strategy in 2018."

Anthem joins several other large U.S. insurers — including Aetna, Humana and UnitedHealth — that have indicated they might withdraw from some or all state health care exchanges.

If all the major insurance companies end up pulling out, it's safe to say there wouldn't be much left to choose from in the health insurance marketplace. Remaining options for coverage would primarily be regional insurers, nonprofits and Medicaid insurers.

The problem is that not enough enough young, healthy people are enrolling in plans — which typically helps keep the costs down, health law expert and Washington and Lee University School of Law professor Timothy Jost said in a phone interview.

Because of this, insurers are losing the financial incentive to participate in the marketplaces, he said.

There's another big reason to be worried about Anthem withdrawing from the exchanges.

In many states, Anthem's Blue Cross Blue Shield plans have historically provided insurance for people who can't get it from their employers, Jost said, making the insurer a "backbone of the individual market."

Now, the ACA could lure back insurers by making changes, he said: One possibility would be to expand reinsurance, which lets insurers transfer some risk to other parties.

But that would be little more than a Band-Aid if the underlying problems with the ACA marketplace aren't fixed, said Avik Roy, a health care policy expert who has advised multiple Republican presidential candidates.

"The insurance is most expensive for people who don't need it," Roy said in a phone interview. "Regulatory reform is what you really have to do."

While this latest development for the exchanges is certainly not good news for the ACA, it's also obviously not the biggest danger to the fledgling law, Jost said. That would be Republican presidential candidate Donald Trump, who has vowed to repeal Obamacare if elected.

"The Affordable Care Act is in really big trouble," Jost said. "If Trump wins, it's gone."

That would be a disaster, Jost said. "You'll see barebones cheap policies that leave consumers with $2,500 more a year in out-of-pocket costs," he said.

Representatives from Anthem declined to comment for this story.