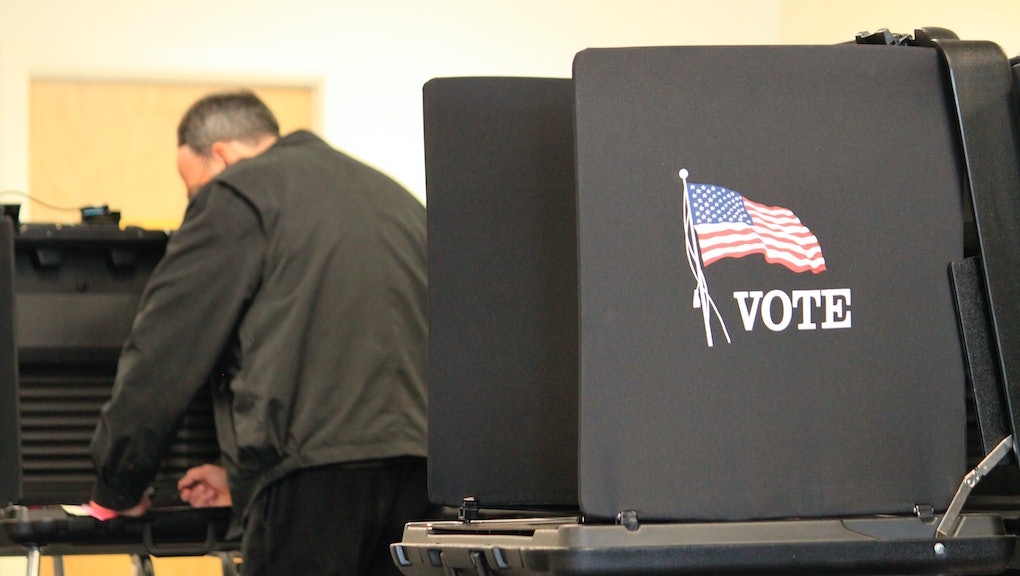 Millennials are the most likely to think the 2016 election could be rigged, study finds

Just days before they choose a new president, a new survey suggests the belief of a substantial group of Americans that the voting system is broken has yet to be fixed.

What's more, the survey by Rad Campaign and Lincoln Park Strategies shows out that of all age groups, millennials are most likely to say the election can be "rigged."

Despite reams of evidence that counter the idea that sporadic attempts to game the election system are actually an epidemic, more than a third, 36%, of the 1,109 Americans in the poll told researchers they believe a single party or candidate could wield the power to fix the outcome.

Among millennials, that belief jumped up to 40%.

"It was surprising to see that millennials were the generation most likely to think that the election could be rigged by a single party or candidate in one of the most important elections in U.S. history," Rad Campaign Co-Founder Allyson Kapin said.

"Millennials are incredibly savvy, but I think they have been duped into thinking that their votes may not count," Kapin said. "That's a problem, and isn't how democracy works. We need everyone to get out and vote."

For younger Americans, that might be easier said than done because of a variety of obstacles to voting, per a study released in late March by Rad Campaign, the New York University School of Law's Brennan Center for Justice and Craig Newmark of craigconnects and craigslist.

As to how exactly the true result might be distorted, 45% of millennials predicted voter suppression; 33% said voter fraud was likelier.

Attitudes and suspicions about the likelihood and method of potential fiddling with this month's contest split dramatically between supporters of Democrat Hillary Clinton and Republican Donald Trump, the researchers found.

Overall, "74% of Trump voters believe voter fraud will happen vs. 17% of Clinton voters," the study reported.

On the flip side, "60% of Clinton voters believe registered voters will be denied the right to vote vs. 12% of Trump voters."

By wide margins, Trump's voters were more inclined than Clinton's to believe in the likelihood of an array of potential threats to the election's integrity.

More than half of Trump boosters, 55%, said undocumented immigrants could cast votes without the legal right to do so. Just 11% of Clinton fans agreed.

Perhaps that's an unsurprising rift given Trump's controversial and oft-challenged contentions that people without papers are "pouring" over the U.S. border to commit crimes, to exploit government aid and even to vote, as well as his signature drumbeat insistence that everything from the campaign coverage to the coming vote is somehow "rigged" against him.

Around half of Trump supporters said ballots could be cast in the name of dead voters versus only 9% of Clinton adherents who considered that a likely deception on Election Day.

Asked about the potential for people to vote in more than one state, to cast multiple votes in a single state or fall prey to voting machine tampering, the percentage of Trump supporters who anticipated such scams was astronomically higher than among Clinton loyalists.

Trump and Clinton voters did (nearly) agree in one area: Only 11% of the former's fans and 12% of the latter's said it was likely a cyber attack or Russian hacking operation could disrupt the election.

Overall, Trump's "rhetoric around a 'rigged' election is not resonating with most Americans. However, it is certainly working with his supporters," Stefan Hankin, founder of Lincoln Park Strategies, said.

"The fact that two-thirds of them feel the election could be rigged does not bode well for our democracy or our country."