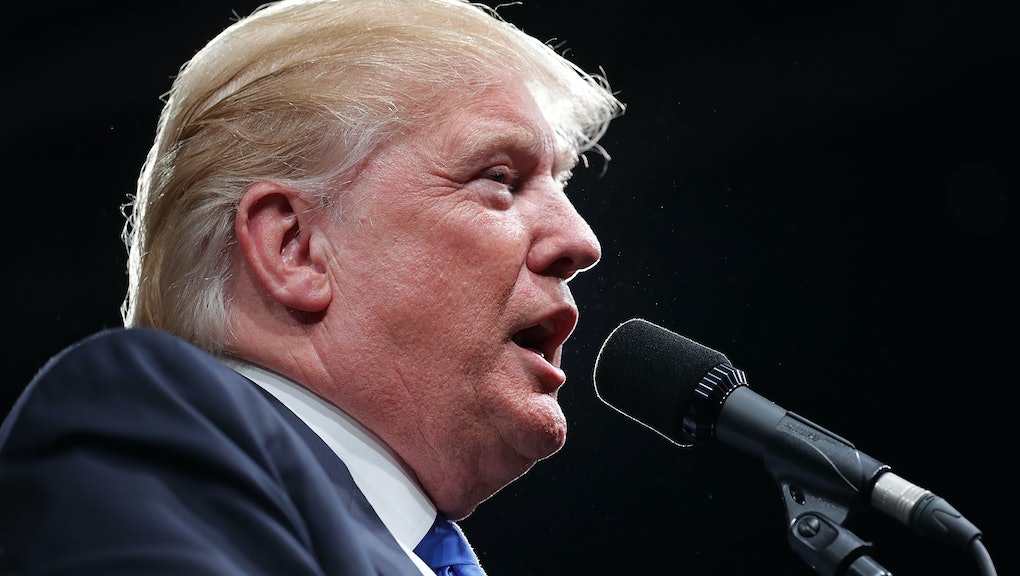 Donald Trump veered off message Thursday night during a rally in North Carolina, mocking the idea that a woman could be commander in chief of the United States military and providing yet more fodder for his opponents to call him a sexist.

Trump also tripped up when discussing the bravery of the seven Medal of Honor recipients, bragging about his own financial prowess.

"Oh, they're so much more brave than me, I wouldn't have done what they did, I'm brave in other ways... I'm financially brave — big deal, right?" Trump said.

It's helped him bring Republicans once wary of his candidacy into his camp, and as a result tighten the polls.

At the same time, Clinton, as well as her army of high-powered surrogates such as President Barack Obama and Vice President Joe Biden, have been reminding voters of the offensive things Trump has said about women, minorities and religious groups.

Clinton's team is ultimately relying on its vaunted data and turnout operation to carry her over the finish line.