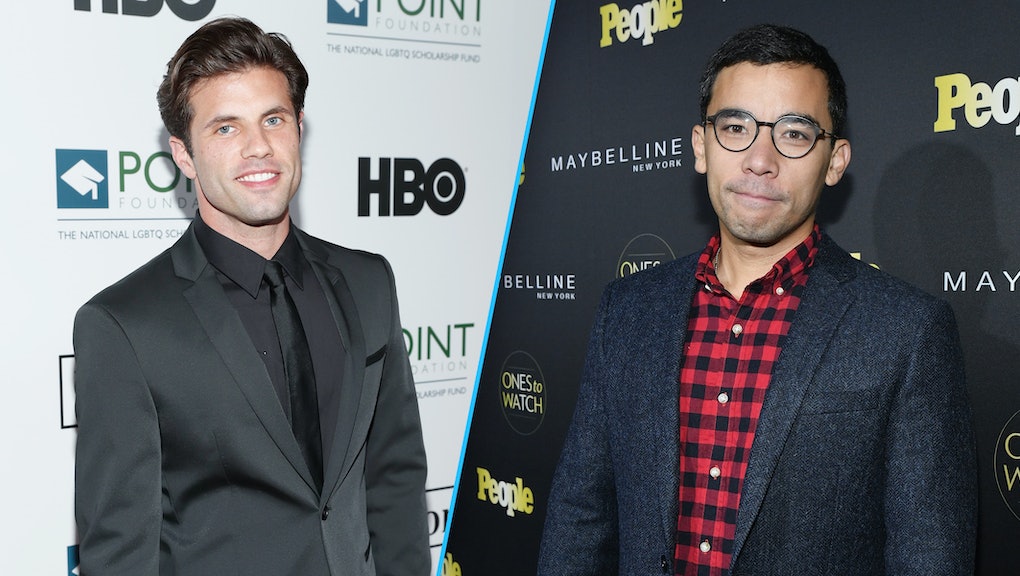 'How to Get Away With Murder,' 'Finding Prince Charming' show 2 sides of dating with HIV

On Thursday night, television viewers saw just two of the many outcomes that might happen when a person living with HIV decides to disclose their status to a potential partner.

On How to Get Away With Murder, Oliver, who was diagnosed with HIV during the season one finale, faces rejection from his new beau, Thomas, because of his status. On the finale of Finding Prince Charming Robert Sepulveda Jr. chose Eric Leonardos, a hairstylist who disclosed his HIV-positive status on the show, to be his partner.

Both scenarios unveil the rocky terrain that people living with HIV can face when it comes to dating. HIV-positive people want to share their status with their potential partners. But HIV stigma often forces HIV-negative people to see HIV-positive people solely as their health status, making it much easier to discriminate against them.

On HTGAWM, Oliver was diagnosed with HIV during his relationship with Connor, and after disclosing to his partner, the two displayed how a couple moves forward after a diagnosis. Connor began taking pre-exposure prophylaxis, a pill to prevent the spread of HIV.

Thursday's episode showed Oliver, who is no longer with Connor, nervous about disclosing to Thomas, a new beau. He gave himself a pep talk in the mirror.

"He can react however he wants to react," Oliver says to himself. "The most important thing is that you just got to be you."

But when Oliver tries to be honest with his partner, the two go from hot and heavy to cold and disconnected. Even though Oliver shares with him that he's undetectable, which means his HIV medication has suppressed his virus to the point that he doesn't transmit HIV, his partner still runs out the door.

A recent PARTNER study showed that even after 58,000 sex acts, undetectable HIV-positive partners did not transmit HIV to their HIV-negative partners.

Oliver's situation shows that sometimes even science can't beat out fear when it comes to HIV stigma. Often, HIV-positive people are afraid to disclose their status for that very reason.

"Disclosing one's HIV positive status has never been riskier, or more dangerous, than it is today," Sean Strub, executive director of the SERO Project, an advocacy organization fighting HIV criminalization laws, said in a statement to Mic. "Disclosure often prompts others to pass judgment and can lead to partner violence, loss of child custody, housing, employment and more."

To disclose in the face of so many personal, legal and physical challenges remains a big deal. Strub applauded Leonardos' disclosure on national television for that very reason.

"In addition to the two guys hitting it off, Robert not allowing Eric's HIV status to stand in the way is inspiring and a great example, as was Eric's courage in choosing to disclose his HIV status under such a bright spotlight," Strub said.

Oliver and Eric exist in different worlds — one fictitious, one real. But they are still showing that there's work to be done around HIV stigma. These characters push that narrative into 2016 and force viewers to realize that those who reject HIV-positive people in romantic relationships are doing so out of a fear that disregards science.