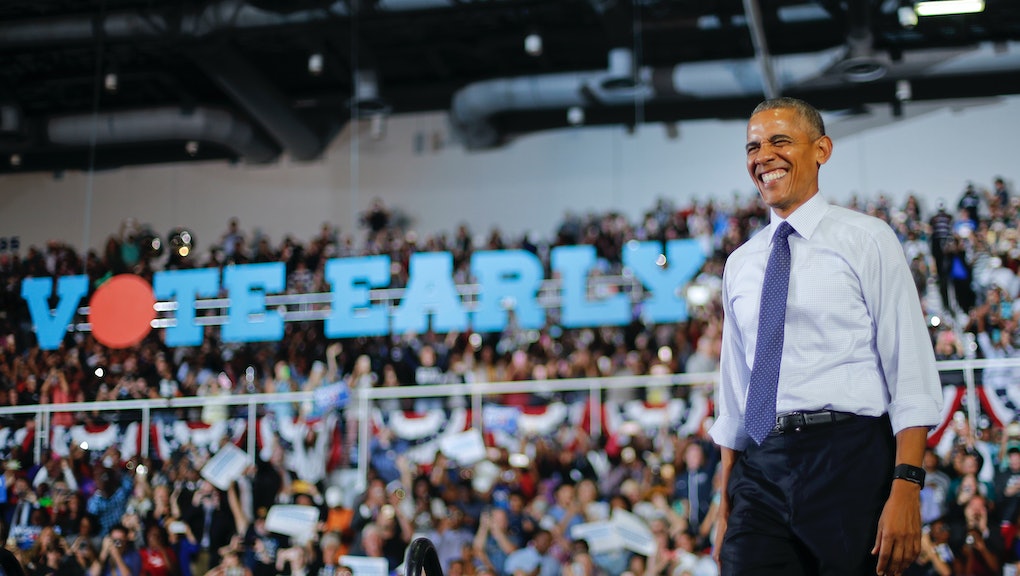 The United States economy added 161,000 jobs this month, according to the latest jobs report from the Bureau of Labor Statistics, sending the unemployment rate back down to 4.9% after climbing slightly to 5% in September.

This one is a particularly important jobs report because it's the last before Election Day and — predictably — liberal Twitter was rife with praise for President Barack Obama.

Of course, not everyone is interpreting the news as a categorical victory for the president.

That's because while the economy did add jobs, it didn't add the 175,000 analysts expected.

Certainly, this jobs report is something of a Rorschach test, as the New York Times points out: just ambiguous enough for each campaign to adapt the findings to suit its preferred narrative.

Supporting the conservative case — that the recovery has been lackluster — labor participation also ticked down, although only slightly.

But there's an even more important number to look at, Bankrate senior economic analyst Mark Hamrick said in an email.

"Once we get past the headlines associated with the 4.9% unemployment rate and 161,000 jobs added to payrolls," he said, "the 2.8% year-over-year gain in average hourly earnings stands out most of all. This is 'money in the bank' for workers."

The fact that wages are finally starting to climb is significant.

For a great deal of the recovery, while jobs have been added, wage growth has been slow until the past year or two.

There may be more pay growth for workers ahead, as well.

As Elise Gould at the Economic Policy Institute noted in a tweet, the next President will likely inherit an economy that's close to full employment — signaling a tightening labor market, and more competition for workers.

When employers have to fight over job candidates, that's good for wages.