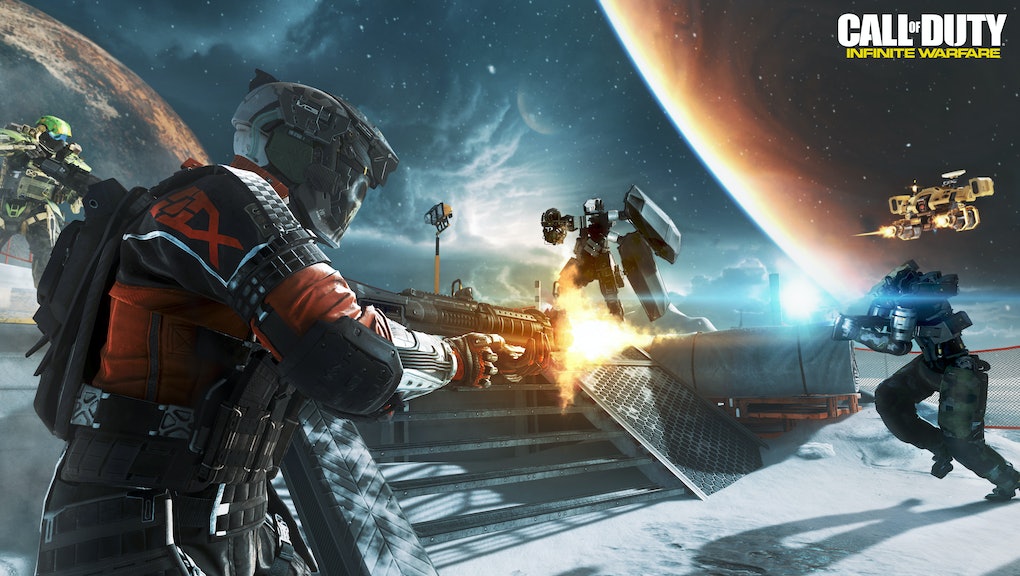 'Call of Duty: Infinite Warfare' Review Roundup: Here's what the critics have to say

Love it or hate it, Call of Duty is an institution in the gaming world, so any time a new sequel comes out — which is every single year — it's a big deal. Reviews for the series' latest, the decidedly sci-fi Call of Duty: Infinite Warfare, are starting to roll in. Here's what the critics have to say so far.

In a quick write-up of his time with the game so far, Mike Fahey at Kotaku was struck by how much Call of Duty: Infinite Warfare doubles down on its sci-fi setting — including surprisingly fleshed-out space dogfighting sequences — but that it's still the same Call of Duty formula, for better or for worse.

"Infinite Warfare does a lot of daring things with its setting, but its boots are never far from the ground," Fahey said. "For every zero gravity sequence there is a shootout in the streets of futuristic Geneva or the corridors of a moon base in which a ridiculous number of enemy combatants stand in relatively fixed positions and fire weapons until they die. There are only a couple of non-fodder enemy types, used whenever the situation calls for a major threat."

Over at Polygon, Russ Frushtick felt a bit more positively about the campaign overall — though both Frushtick and Fahey called out Game of Thrones star Kit Harington's wooden acting in his part as one of Infinite Warfare's villains.

"Call of Duty: Infinite Warfare offers one of the best campaigns the series has provided, with stellar writing and varied environments," Frushtick said. "While that level of ingenuity didn't transfer over to multiplayer and Zombies, taken as an entire package, Infinite Warfare is a standout effort whose biggest sin is not trying to reinvent the wheel at every turn."

Frushtick liked Infinite Warfare's multiplayer, but called it "safe" and "near identical" to that of Black Ops 3.

Joab Gilroy at IGN was much more critical of Infinite Warfare's campaign, calling it the worst of the year's first-person shooter campaigns when compared to Doom, Titanfall 2, Battlefield 1, Gears of War 4, and Deus Ex: Mankind Divided.

"There just isn't five-and-a-half hours worth of game in it," Gilroy said. "Compare it to last year's Call of Duty: Black Ops 3, or even last week's Titanfall 2 and it seems ludicrous. Both have campaigns that are longer, but neither feels like they're dragging along. They lack the flat spots peppered through the first two-thirds of Infinite Warfare, and both feature highly varied gameplay from moment to moment. Infinite Warfare, by contrast, is largely the same three gameplay loops repeated."

Call of Duty: Infinite Warfare is out now for PS4, Xbox One and PC.