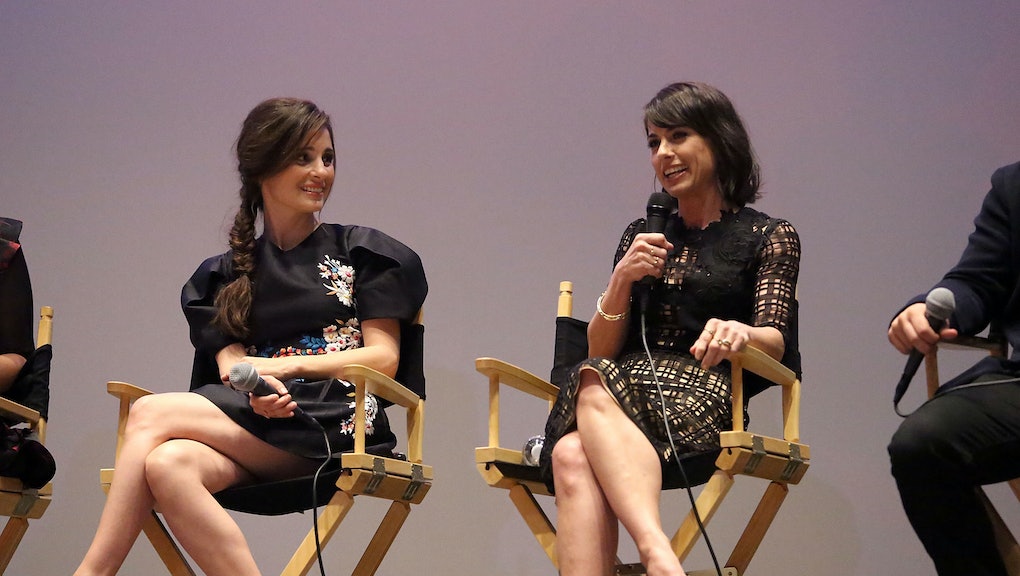 Unreal had a shaky second season, but Lifetime's dark satire of The Bachelor is indeed returning for a third round. This time, the series has a new showrunner (Stacy Rukeyser), a female suitor for show-within-a-show Everlasting (Serena, a venture capitalist) and some male contestants vying for her heart.

Yes, for the first time in its three-season life, Unreal is flipping the script and using The Bachelorette as its backdrop. Considering how dull the last season of the real Bachelorette was for many, it remains to be seen how much material there is for Unreal to mine.

Most intriguing, however, are the bios for the new contestants. We've never seen more than one male participant on the show — how will antiheroine Rachel (Shiri Appleby) produce and manipulate these men? What will change in the Everlasting dynamic? Here, via TVLine, are descriptions of four of the contestants:

Owen: a "dashingly handsome firefighter and Army veteran" who's a single dad to a 6-year-old daughter. Though Owen is a good guy for the most part, his "fiercely masculine temper" — stemming from incidents in his past — might prove problematic.

Jasper: a Wall Street investment banker who knows what an attractive mate he'd make for Serena.

August: a professional surfer who left the sport to "join the Peace Corps and save the world." He is the most perfect male specimen on the dating show this season; however, what he says and what he means don't always match up. ... "He regularly showers under waterfalls, showing off his fantastic abs and man bun."

Alexi: a badass professional ballet dancer whose pliés have sculpted him in all the right places.