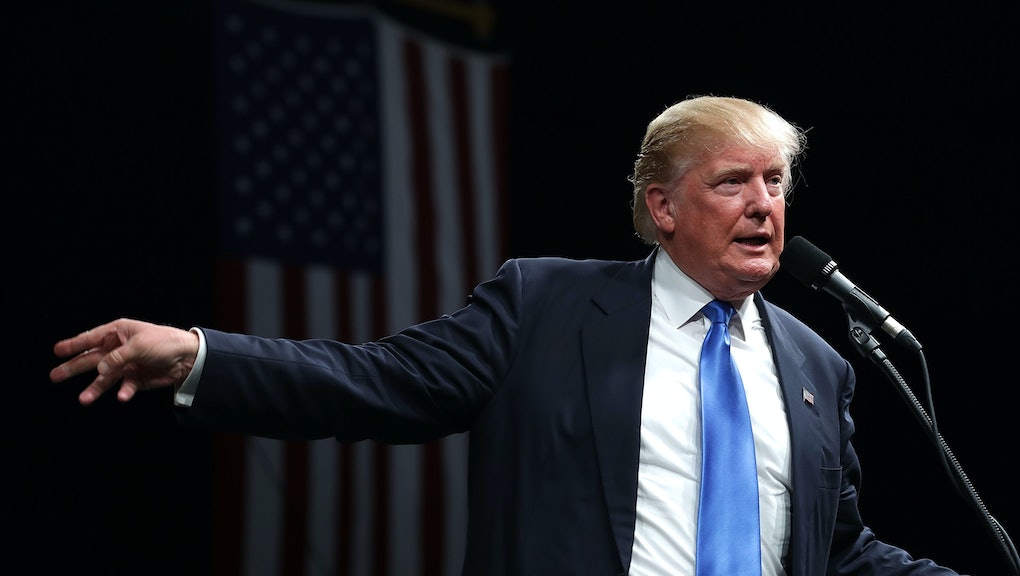 The United States government released two economic reports Friday morning that completely blow up the fundamental message on the economy and trade Republican presidential nominee Donald Trump has been pushing during the 2016 campaign.

According to the October jobs report, not only did employers add 161,000 jobs, but the unemployment rate fell to 4.9%, nearly the lowest level since the economic crisis hit in 2008.

Those jobs are also full-time jobs, meaning the number of people who are considered "underemployed" fell to its lowest level since 2008, according to Ben White, Politico's chief economic correspondent.

A separate report from the Commerce Department also found that the trade deficit fell to its lowest level since February 2015, meaning the U.S. is beginning to export more products relative to how much it imports.

All together, the reports fly in the face of the doom-and-gloom message Trump has been sending on the economy and trade since he announced his bid last summer.

Still, despite the good news in Friday morning's report, Trump continued to paint an apocalyptic image on the American economy.

He released a statement titled "THE OBAMA ECONOMIC DISASTER," and pointed to a statistic that showed fewer people were participating in the labor market.

But Trump's pessimistic view of the report is not surprising, given the campaign's pattern of ignoring statistics in favor of gut feelings.

After the Republican National Convention in July, top Trump surrogate Newt Gingrich was asked about the misleading crime statistics Trump spoke about in his nomination speech.

"As a political candidate I'll go with how people feel and I'll let you go with the theoreticians," Gingrich said during an interview with CNN.