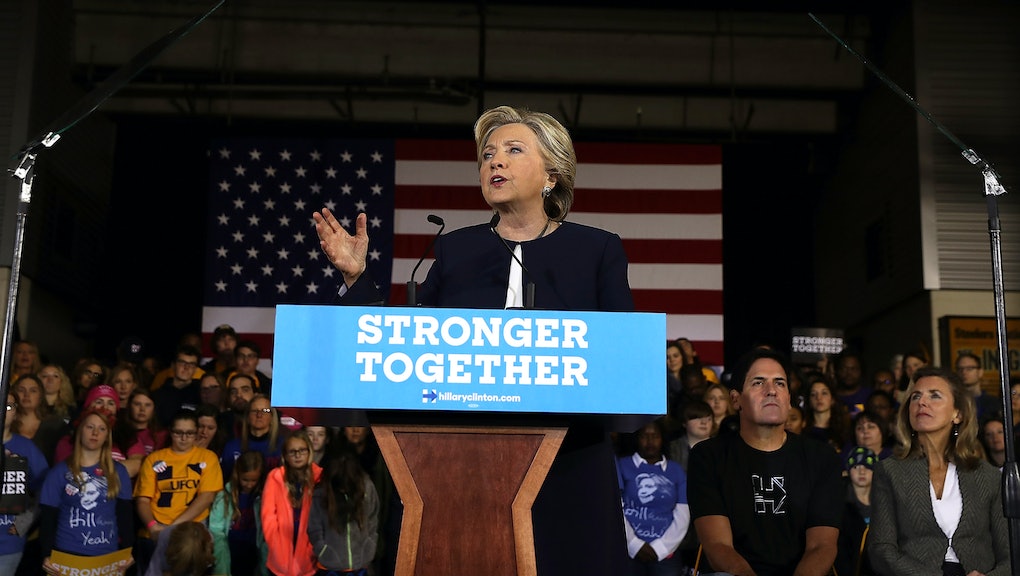 Is a Hillary Clinton indictment possible? Here's why it's unlikely.

Fox News host Bret Baier confidently said on his show Special Report on Wednesday night that, according to two FBI sources, Democratic presidential nominee Hillary Clinton was on the verge of indictment.

Two days later Baier apologized for what turned out to be a factually incorrect statement — something he described as a "mistake" — but it didn't stop Republican presidential nominee Donald Trump from touting the misinformation on the campaign trail.

"The FBI agents say their investigation is likely to yield an indictment," Trump told his supporters Friday at a country club in swing state New Hampshire, the Los Angeles Times reported.

Therein lies the reason a number of Americans believe a Clinton indictment is probably imminent.

Baier originally suggested Wednesday the reason for the potential charges against Clinton was because of unethical dealings between the Clinton Foundation and the State Department: specifically, that there was "possible pay-for-play interaction" between big donors to the foundation and then-Secretary of State Clinton.

But Baier later conceded his sources were wrong.

"I explained a couple of times yesterday the phrasing ... was inartful, the way I answered the last question about whether the investigations would continue after the election," Baier told anchor Jon Scott during a "Fox News alert" on Friday morning. "And I answered that, 'yes,' our sources said it would, they would continue to, likely, an indictment."

"Well, that just wasn't inartful — it was a mistake," Baier added. "And for that I'm sorry. I should have said they will continue to build their case. 'Indictment' is obviously a very loaded word ... in this atmosphere."