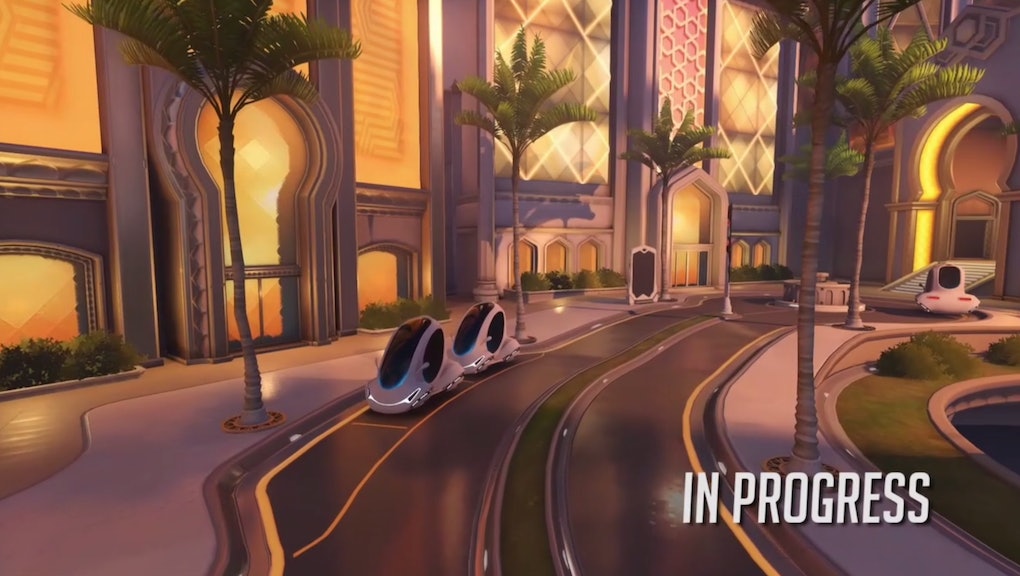 Here's every change on the way.

Changes to Quick Play in Overwatch

The only real change happening to quick play mode is that Blizzard is implementing a single hero limit. This means no more all-Mei team compositions. Sorry.

But don't worry! You can still play with crazy team compositions in one of the new Overwatch modes... which is a perfect segue to talk about Arcade.

The new Arcade mode is taking the place of the weekly brawls, but it also acts as a hub for other special game modes. Think of it as a catch-all hub for anything that isn't quick play or competitive.

Mystery Duel is a 1v1 mode in which both players' heroes are randomly selected, but both players play the same hero. The character picks will change each round, and the first to win five rounds — in other words, best of nine — wins the whole thing. So, one round, it might be two Widowmakers going head-to-head, and the next, two Roadhogs.

Blizzard also introduced a new arcade-only map called "Ecopoint: Antarctica," which is a smaller map designed for these more intimate skirmishes. It's the research facility where Mei was cryogenically frozen for many years, if the complicated web of Overwatch lore is something you keep up with.

Elimination is a 3v3 mode in which the first team to win three rounds — in other words, best of five — wins. There's no kind of respawning, so if your teammates die, you're on your own until that particular round is over.

Since the round ends once one team is entirely eliminated, it sounds like this will be a pretty quick mode. Either that, or things will get drawn out as people alter their tactics and play more carefully than they would in quick play.

In this mode, you can freely swap heroes at the beginning of each round.

This new mode seems like it will shake up the meta game of Overwatch in an interesting way. Since you can only choose three heroes per team, which roles will players forgo? It will be fun to see how all that shakes out.

Mystery Heroes is one of the old weekly brawls that's being turned into a permanent arcade mode. It's just like a normal quick play round, but nobody on either team gets to select their heroes.

No Limits is an answer to the new restriction on hero stacking in quick play. This is a 6v6 mode that's played just like a regular round in quick play, but it allows for several of the same hero on each team.

All Brawls is the replacement for the weekly brawl. Rather than one single brawl that swaps on a weekly basis, this new mode is like a randomized playlist of all those old weekly brawls.

Additionally, Overwatch director Jeff Kaplan teased two new brawls that will join that playlist: one that's exclusively Lúcios and Reinhardts, and another, called "This is Ilios," which locks players to either Lúcio or Roadhog on the Ilios map with the giant well in the center. Expect lots of environmental kills.

Playing the new arcade mode will give players an opportunity to earn an extra three loot boxes per week. You can see the UI for it in the upper-right corner arcade mode screenshot pasted above.

You'll earn a loot box for every three wins in arcade mode. So, if you're counting, that's nine wins to earn a total of three loot boxes. That three-loot-box weekly limit will reset at the same time for everyone — midnight. on Sundays, for example.

It's set in the Arabian desert, in a high-tech urban environment. The coolest feature of this map seems to be what Kaplan described as a "jump pad," which he says launches players high into the air. Kaplan says this makes things like McCree's ultimate ability and Bastion's turret mode really wild.

Blizzard is hoping to get Oasis on the public test realm in December and set it live in early 2017.

Notably, Blizzard did not discuss the forthcoming changes to Symmetra, though they will be on the way at some point soon.