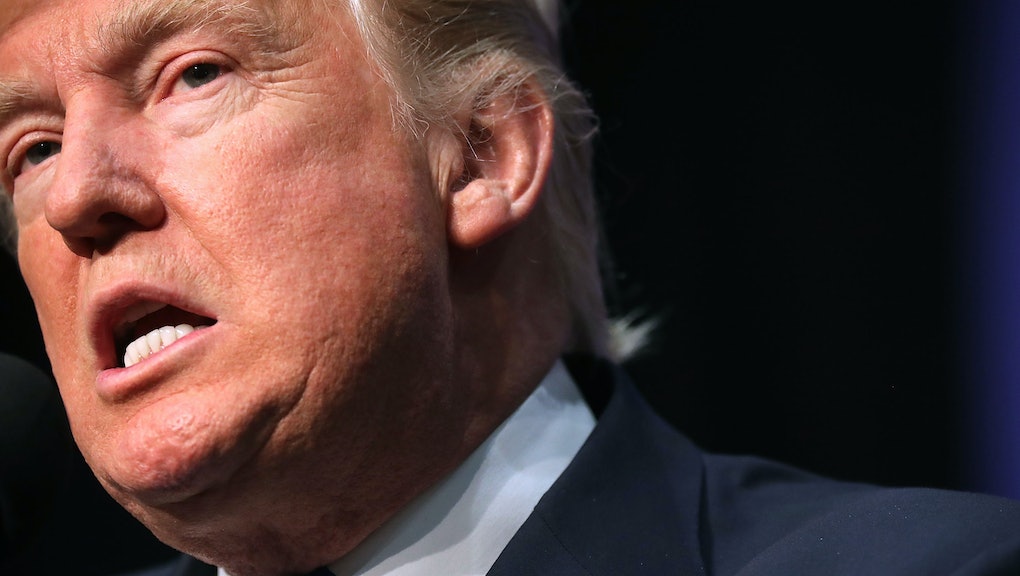 Donald Trump campaign on Election Day turnout: "It's like predicting your wife's mood"

"You have no idea what you're going to get until you get home," Trump digital director Brad Parscale told Bloomberg's Joshua Green.

Green, who's had an inside line to Trump's inner circle — especially campaign CEO and former head of Breitbart News Steve Bannon — said the quote from the official was in reference to surging Hispanic turnout in Florida.

An increase in Hispanic voters, whom polls show are breaking for Hillary Clinton by massive margins, could sink Trump's chances in the state — which is key to his chances at winning the presidency.

But the sexist remark provided Clinton's campaign with yet another piece of evidence of misogyny emanating from Trump and his campaign a day before every voter in America gets the chance to head to the ballot box.

Throughout the election, Trump has called women pigs and dogs, attacked former female presidential hopefuls on their looks, suggested Fox News host Megyn Kelly was menstruating when she asked him a tough debate question and vowed to sue women who have come forward to accuse him of sexual assault.

Even before entering the race, Trump spewed sexist and misogynistic language, including calling pregnant women an "inconvenience" in the workplace and rating their bodies in vulgar conversations on radio shock jock Howard Stern's show.

In the most graphic incident, a leaked 2005 video of Trump bragging about grabbing women "by the pussy" nearly derailed his entire candidacy.

In fact, Trump has provided so much sexist fodder that the Clinton campaign put together a 10-minute-long video with every comment.

Clinton is hoping massive support from women — whom data show are turning out in record numbers — will carry her to victory on Tuesday.