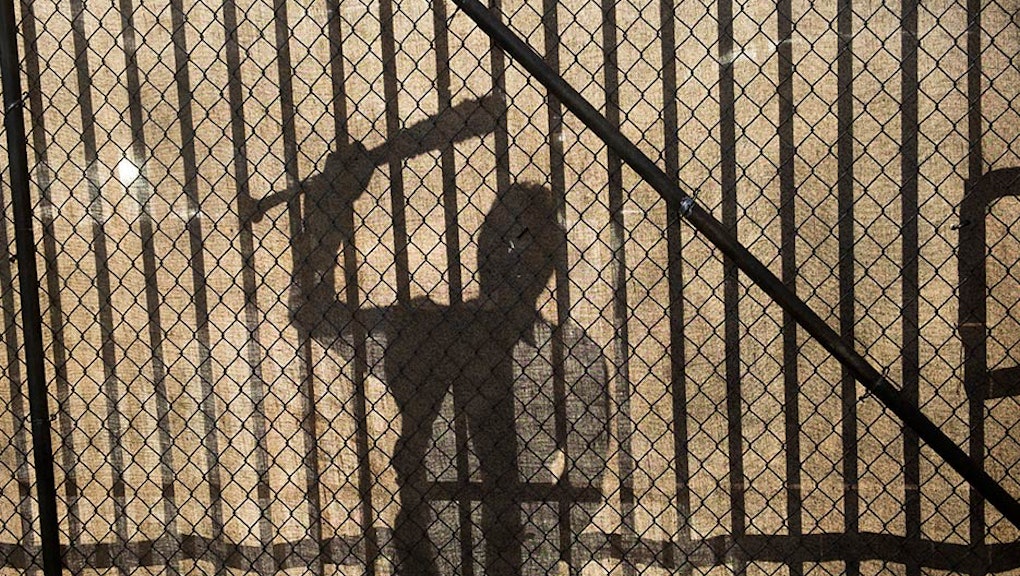 "Easy Street" may still be playing in your head, but it's time to move on from "The Cell" in episode four of The Walking Dead season seven. Negan is leaving the Sanctuary and paying a visit to the Alexandria safe haven in the upcoming installment of the AMC drama.

Sunday night's episode offered a dark look into how Negan runs his group of survivors. Those living under his protection are required to work to earn points for food, medicine and other necessities. But leaving the compound isn't exactly an option. It was finally revealed that Dwight's face was disfigured with an iron as punishment for him stealing drugs and trying to escape with his "super hot" wife, Sherry, and sister-in-law, Tina. In fact, Dwight's punishment was supposed to be death. The Savior's life was spared only because Sherry promised to marry Negan.

After torturing Daryl for days, Negan offered to make things a little easier on the crossbow-wielding badass if he agreed to fall into place among the other Saviors. Daryl refused to budge though and was thrown back in his cell. However, a promo video for episode four, titled "Service," reveals that another Alexandria survivor may be ready to become Negan's errand boy — Rick.

A clip from the trailer shows the former Alexandria leader telling the residents that Negan is in charge. After witnessing Negan kill Glenn and Abraham with Lucille, his beloved barbed wire bat, no one appears to fight Rick on it. But that doesn't mean that things are going well. A sneak peek shows that tension is high as they prepare for their first offering for the Saviors. Negan wants supplies, and everyone has different opinions on what would be suitable.

Episode four of The Walking Dead will air on AMC on Sunday, Nov. 12 at 9 p.m. Eastern and run for 90 minutes. Check out the synopsis for episode 4 below:

The remaining members of the core group hold together in Alexandria. Then, they receive a sobering visit.