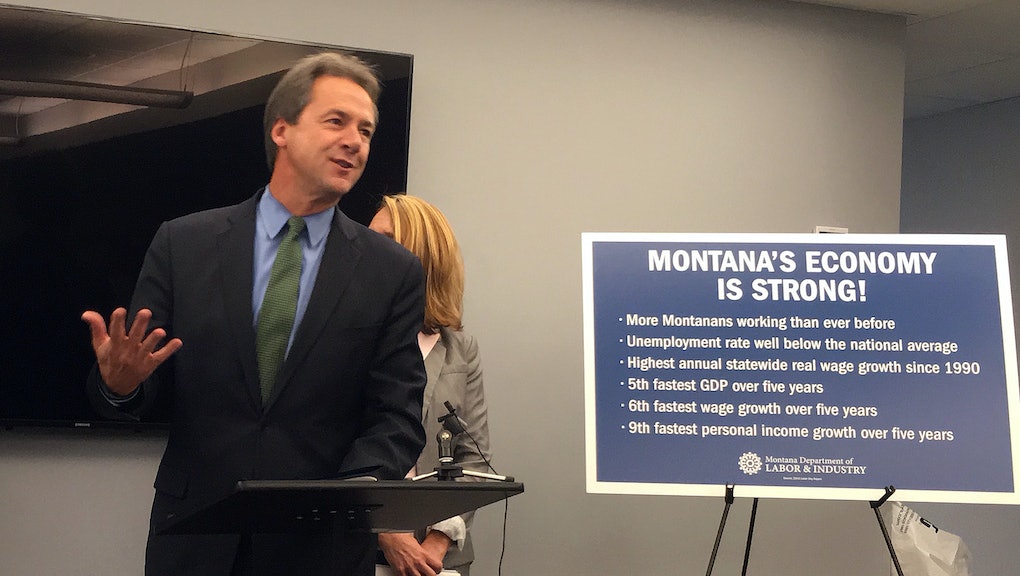 Gov. Steve Bullock has won re-election in an expensive gubernatorial contest in Montana. The Democrat beat Republican software entrepreneur Greg Gianforte, who spent nearly $6 million of his own money on a race that cost more than $15 million in a state with less than 650,000 registered voters.

In a conservative state that Donald Trump won over Hillary Clinton, Bullock campaigned on conservative credentials and did not focus on the presidential campaign. Meanwhile, Gianforte touted his business credentials and spent millions to make his bid relevant to voters.

Polls had mixed results before Election Day. A late October poll gave Bullock a double-digit lead over Gianforte. But another survey put the race within the margin of error.

Montana's politics are routinely conservative, but voters also have an independent streak. Democratic Sen. Jon Tester was elected to a second term in 2012, even though Barack Obama lost the state by nearly 14 points.