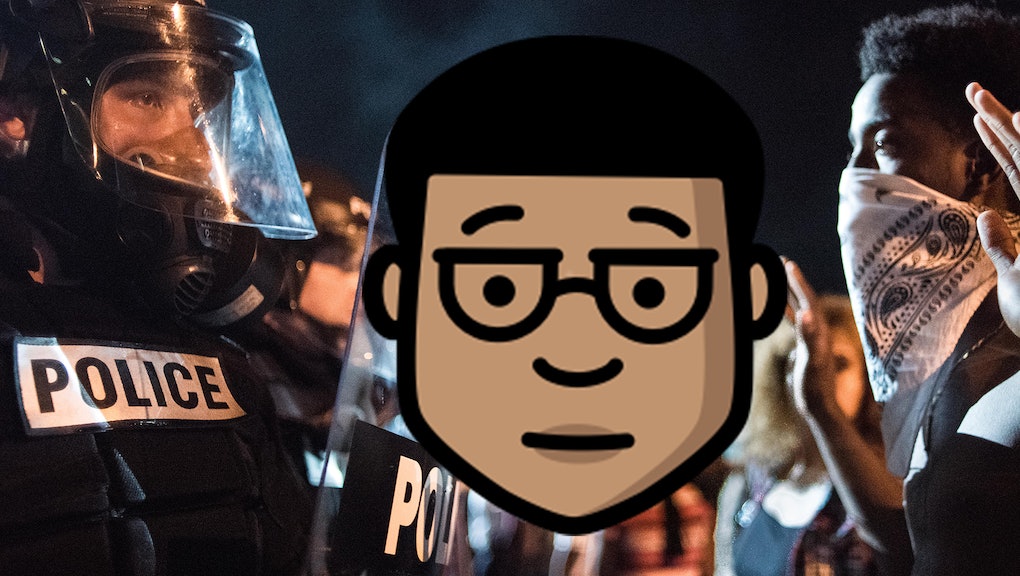 Meet Raheem, a Facebook Messenger chat bot who needs your help to keep tabs on police

At any time of day, no matter what happens between you and a police officer, Raheem wants to know about it. Raheem never sleeps.

Raheem is a Facebook Messenger chat bot that will gather and map out interactions with police across the country; it just entered beta testing and is looking for a few thousand helping hands. Raheem's creator, Brandon Anderson, eventually wants to use reports from thousands of users to build a people's map of police behavior.

"We want to put data back in the hands of people," Anderson said. "We haven't seen the federal government record these instances. so we're going to do it ourselves."

To use Raheem, you simply send it a Facebook message, and it will ask you up to 25 to 30 quick questions in a purportedly comfortable, natural conversation. Raheem asks everything from the demographics of the police officer to how much force was used, to how the interaction — whatever that interaction may have been — made you feel.

The problems marginalized communities face are largely invisible when it comes to tracking down hard data. Until recently, the only way to get reliable data on issues like police killings would be from journalistic institutions like the Washington Post or the Guardian.

The Justice Department announced in October that they will begin to track incidents regarding use of force nationwide, but even so, it doesn't take an unjust killing or excessive force incident to create resentment. Raheem is built to create measurable data for emotional experiences of dealing with the police.

"Raheem asks if the experience makes you feel heard, or protected, or embarrassed or angry," Anderson said. "And people's feelings matter when it comes to developing trust when it comes to community policing."

Anderson started the project in college two years ago as an app called SWAT, but wanted to create a more human experience that would live inside apps people already use to communicate — 60% of U.S. Hispanics, for example, use Facebook Messenger.

"Dealing with police is already so decentralized and dehumanized, so we wanted to have an experience where you could interact with someone," Anderson said.

Once the project launches early next year, Anderson will create a dashboard where you can parse out Raheem's collected reports and see how people from various neighborhoods or backgrounds are feeling about police in their area.

You can sign up to test Raheem on the official site and by joining the Facebook group for beta testers.