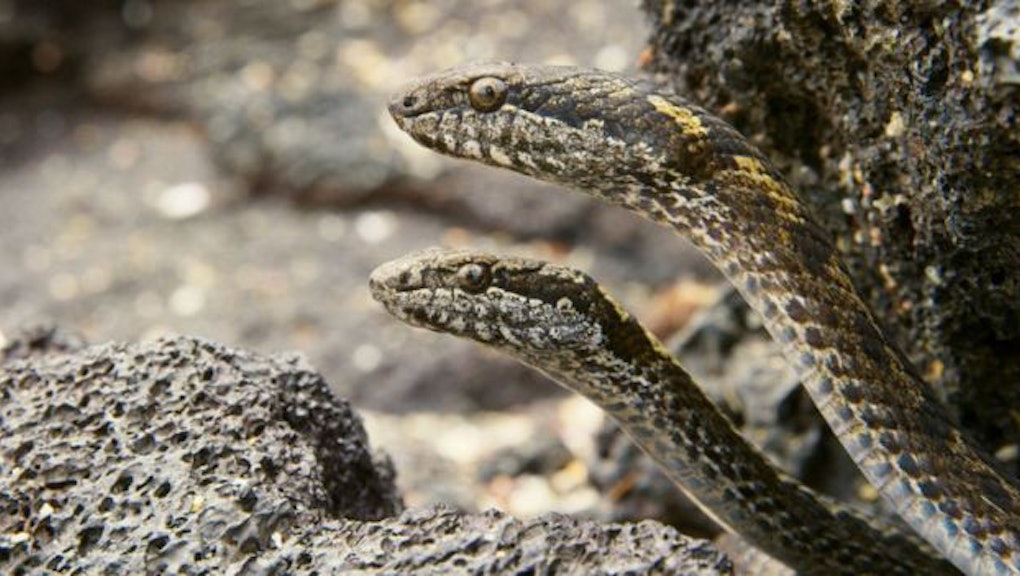 Perhaps the best drama on television isn't Game of Thrones or Vanderpump Rules, but rather Planet Earth 2. The follow-up to the acclaimed documentary series from BBC returned with its first episode in the U.K. Sunday night, which featured the most intense chase scene produced on-screen this side of Casino Royale.

Let's set the stage: Baby marine iguanas are born on the Galapagos Islands. They have to make it to the water after being hatched, but racer snakes are at the ready to attack them. The chase scene in question follows one of these baby iguanas — let's just call him Bodhi because he has the youthful swagger of Patrick Swayze — who is seemingly surrounded by the snakes.

The narration provided by David Attenborough explains that the iguana stays motionless, at one point, to try and avoid detection by the snakes. But when one of the snakes inches closer to Bodhi, the chase resumes and a whole swarm of racer snakes begin pursuing Bodhi. He is eventually ensnared by a couple of snakes; a tragic end to an otherwise valiant effort.

But it wasn't Bodhi's time. In a genuinely miraculous move, the iguana escapes the clutches of a few of the snakes and makes his way, once again, to freedom. A last-ditch effort from another snake narrowly misses Bodhi as he makes an impressive cliff jump — and Bodhi makes it to safety. Seriously, it's so intense.

Mind you, this is just the first of six episodes of Planet Earth 2, so who knows what else the documentary series has up its sleeve. But the dramatic chase between the iguana and the snakes took the Twitterverse by storm.