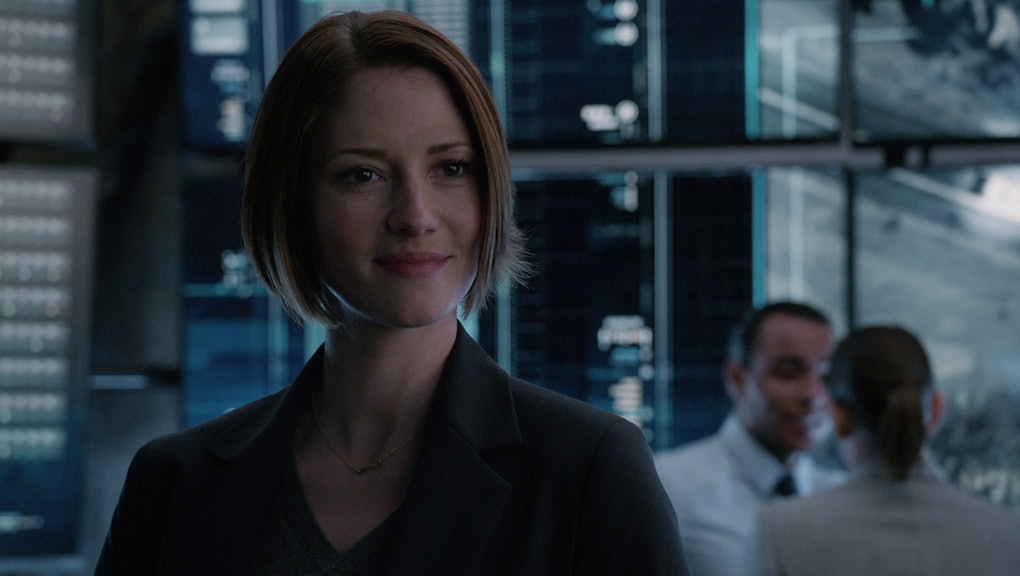 Supergirl's sister Alex Danvers is coming out — here's why that matters

Supergirl's sister is starting to think she may like women — and for fans of queer women on TV, that's very good news.

In August, on the Television Critics Association's summer tour, Arrow creator and Supergirl executive producer Andrew Kreisberg teased that one of the characters on the CW's four superhero shows (Arrow, The Flash, Supergirl and DC's Legends of Tomorrow) would come out in the next season. Monday night, Supergirl revealed that character to be Alex Danvers (Chyler Leigh), sister to Supergirl herself Kara (Melissa Benoist).

Some speculated it would be Alex, an engineer in the Department of Extra-Normal Operations, because of Floriana Lima's casting as lesbian detective Maggie Sawyer. Sure enough, in Monday's episode, Maggie suggested that Alex might indeed have feelings for women, which led Alex to question her sexuality.

The plot development is a positive sign for LGBTQ portrayal on television, which is on the rise but remains remarkably cis, white and gay male-centric (a mirror of Hollywood's too often unrepresentative casting as a whole). Queer women characters in particular have died en masse on TV, with heavy focus on the trend coming in the last year.

Certainly, characters of all races, genders and sexual orientations die on TV all the time. But keep in mind proportion: For every straight, cis, white, male character who dies, there are scores more on TV. Conversely, every queer woman character that dies lowers the percentage of queer women on TV by a sizable margin.

So Alex's coming out story, even if just at its dawn now, is an important one — and, by the sound of it, a positive one. According to Kreisberg's interview with Entertainment Weekly, Kara will be supportive and kind to her during the process:

She is obviously going to be extremely open to it. Kara's reaction is interesting. She feels a little sad, but entirely because she feels like so much of the sisters' lives have been about Kara, have been about protecting her, keeping her secret, making sure she's safe, and last year, this journey for her in becoming Supergirl. She feels like she created an environment in which Alex never felt comfortable discussing this stuff, so she laments that. She also says to Alex, too, that she understands what it's like to turn off a part of yourself to go along and get along. It only makes the sisters closer.

The end of Kreisberg's chat with EW does feature one troubling tidbit, however, in which he says he was not aware of the public discussion about killing queer women characters. To best write Alex with an eye on what's happening in the television climate, Kreisberg would be wise to catch up on the conversation. This is a sensitive time, with stories like Black Mirror's "San Junipero" giving queer women viewers hope for more fulfilling stories. Hopefully, Alex's coming out journey will be one of those.