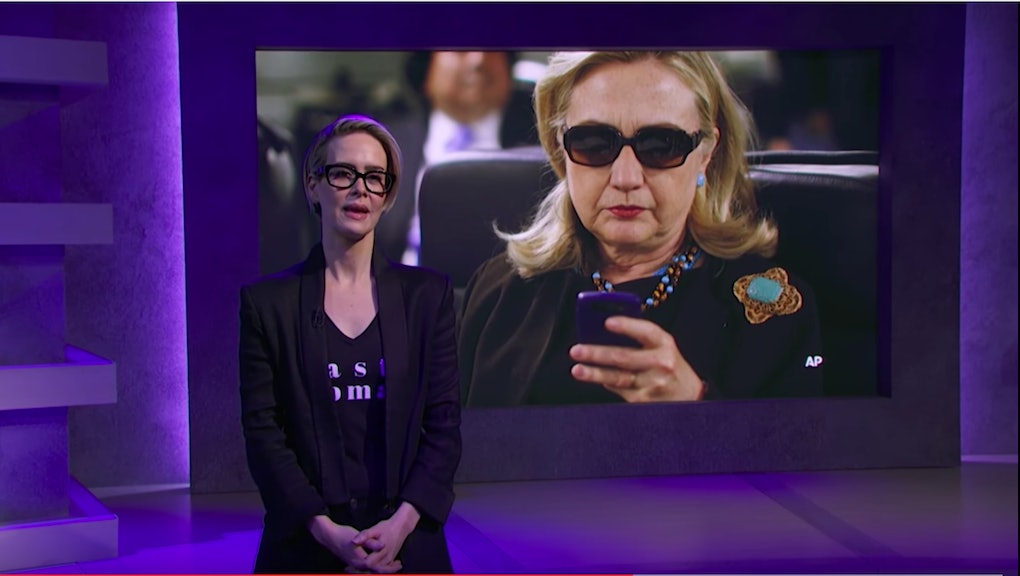 There's a lot of people that are fascinated with Hillary Clinton's emails after multiple investigations by the FBI, despite said investigations leading to zero charges for the Democratic candidate. So Samantha Bee and her team at TBS's Full Frontal were up to the task of digging through some of Clinton's released emails. The results are, honestly, a bit boring.

"Thanks to Wikileaks, we discovered the real Hillary: a somewhat tech-adverse workaholic who wants people to have medicine and wants her staff to print out this television show for her — large font, please," Bee says.

Yes, Clinton does have an affinity for "pls print" messages to her staff — and while her lack of printer knowledge is a bit damning, she also hasn't been accused of sexual assault by at least a dozen women. But to give an idea of just how droll and repetitive Clinton's emails are, Bee brought out American Horror Story actress and Full Frontal "intern" Sarah Paulson to recite a few of her emails for the audience.

Bee also offered an impassioned endorsement of Clinton ahead of Tuesday's election as the "baddest bitch ever to run for president."

You can check out Paulson's narration of Clinton's emails below: