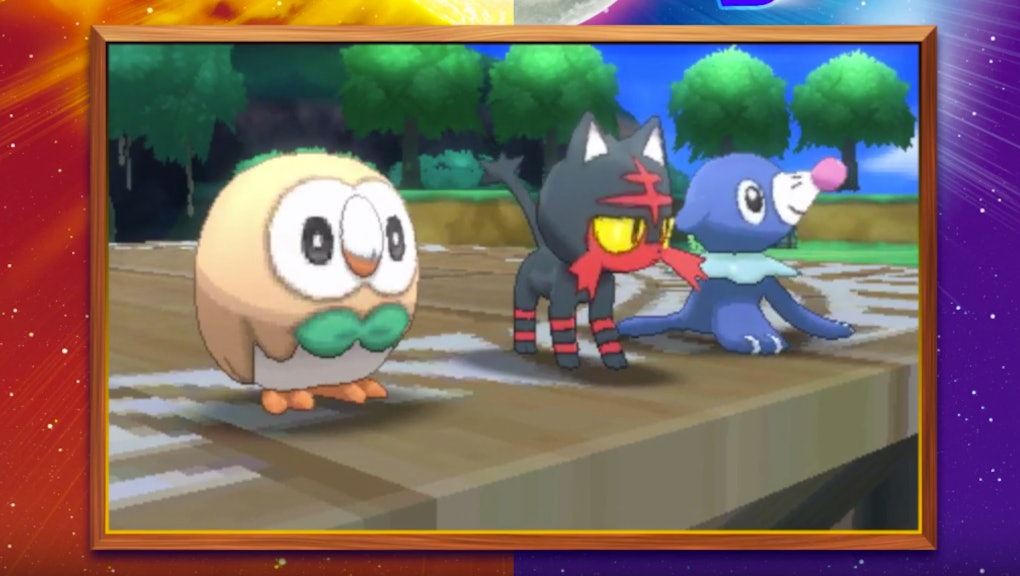 Pokémon Sun and Moon spoilers started hitting the web this week, and it doesn't look like the leaks will be slowing down anytime soon. The latest spoiler reveals full stats for all three starter Pokémon in Sun and Moon along with their evolved forms.

The new spoilers come from YouTube user Kaphotics, who successfully mined the official Pokémon Sun and Moon demo for extra information last month. Check out the video and read on for a detailed breakdown of everything it reveals.

Pokémon Sun and Moon leaks: Everything we know about the new starters

First up is Rowlet, a grass-type owl that's already leaked once before.

As expected, Rowlet starts off with mixed stats and poor speed (42). After evolving into Dartrix, it gets a decent stat boost across the board, with decent attack and defense but lagging speed. Finally, in its final form as Decidueye, this starter gets a big stat boost pushing its speed to 70 and attack up to 107.

Decidueye also boasts some interesting moves that can trap your enemies, potentially making for more complex battles at the end of the game.

Next is fan-favorite Litten, a fire-type cat that comes right out the gate with impressive speed (70) and attack (65).

Once it evolves into Torracat, its speed jumps to 90 while attack is boosted to 85. However, in its final form as Incineroar, this starter Pokémon's speed actually drops to 60 while its attack jumps to a brutal 115.

Litten may start out as a cute little fire cat, but that won't last forever. By the end of the game, you'll have a slow-moving tank in your lineup that can soak up damage and take down powerful enemies.

Finally, there's Popplio, a goofy sea lion with stats that favor special attack and special defense. Speed, health (HP) and regular defense/attack are all pretty week, but they increase steadily as this starter Pokémon evolves into Brionne and eventually Primarina.

As a result, Primarina could be tough to use, but its stats should be pretty powerful in the right hands.

The stats for Lunala, one of two legendary Pokémon in Sun and Moon, also leaked online. It looks like this creature is part ghost-type and part psychic-type with some impressive stats. That includes 127 for speed and a whopping 232 HP.

We still don't have any stats for the second legendary, Solgaleo, but it will be tough to beat what we already know about Lunala.

Pokémon Sun and Moon is set to launch next Friday, but until then we'll be hunting down leaks and spoilers as they turn up.