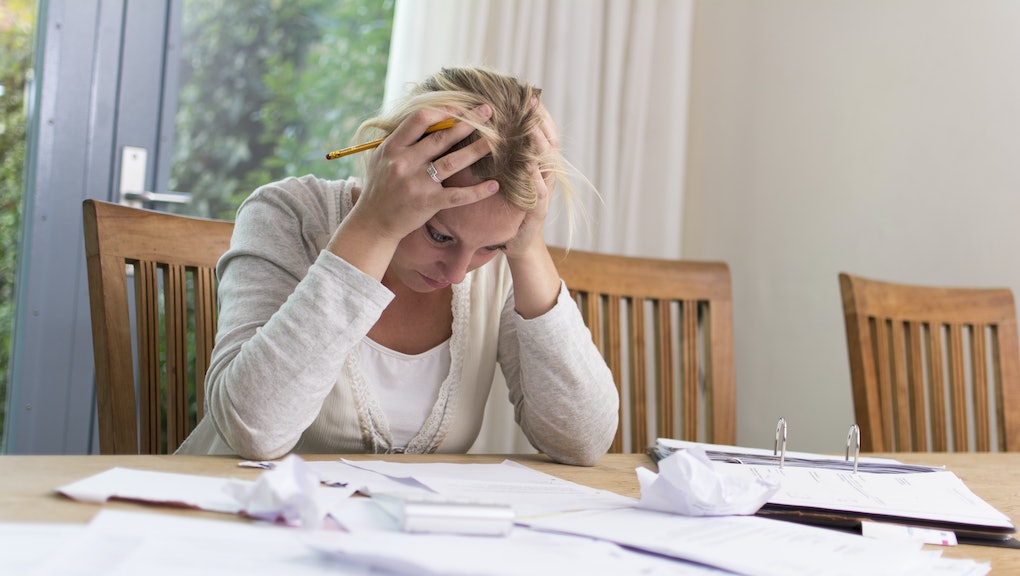 Snowball vs. Avalanche: Here's the best strategy to get out of debt

Drowning in debt? Feel pressure to squeeze out savings wherever you can?

Maybe you even feel like you're buried under an avalanche — or that your debt keeps snowballing.

Funny you should mention it: Each of these represents the name of (and a metaphor for) two well-regarded strategies for dispatching debt.

Here's what each of these terms mean and how they differ. Depending on how you think about money, the snowball method or avalanche method might be better to help you destroy your debt.

What's the difference between the debt snowball and debt avalanche methods?

The two popular strategies for paying off debt both involve paying off one debt at a time: choosing one, then moving on to the next.

Where they differ is in how you select the order of the accounts to pay off.

With the debt snowball strategy you pay off the smallest balances first. The idea is that starting small will give you forward momentum — like a growing snowball — which will encourage you to roll on and slay those debts.

By the time you're really rolling, with several card balances out of the way, the payments on larger debts will seem more manageable and less intimidating.

On the other hand, with the debt avalanche method you attack the accounts with the highest interest rates first. This approach is pragmatic because it prioritizes the most expensive debt first: Tackling the largest, ugliest balance means you will nip in the bud the debt that will grow fastest and hurt you most in the long-term.

This plan makes clear-eyed efficiency king and is indisputably the cheapest and fastest way to get out of debt.

But it is hard: There truly are times when snowballing is better.

Here's more detail on how to decide between these two strategies.

When the debt snowball method is better for you

Radio host Dave Ramsey, while not without his critics, is a popular personal finance expert — and a big booster of the snowball method.

"The math seems to lean more toward paying the highest interest debts first, but what I have learned is that personal finance is 20% head knowledge and 80% behavior," he wrote on FoundationsU, a financial information site. "You need some quick wins in order to stay pumped enough to get out of debt completely."

Following the debt snowball method gives you a logistical and emotional advantage: If you're struggling to stay on top of four balances each month, by paying off two of them within a year, you've cut the number of unpleasant bills you're paying in half.

That will feel good.

While you're focusing on a single debt, you're going to have to keep the other accounts in the black with minimum payments: $25 here, $50 there.

But you should also feel good about that, because the money you're putting into the minimum payments are preventing the larger debts from growing, too.

When the debt avalanche method is better for you

If you are a pragmatist, this strategy is for you. It is, mathematically, the most efficient way to pay off debt: You will save more money and get your debts down faster.

Let's say you have three out-of-control debts. We'll call them all credit cards for the sake of example, but in reality they could be any outstanding debt — car loans, student debt and so on.

Let's say you have cut down on unnecessary bills, which has freed up $500 extra cash each month — and you want to put it toward debt payment.

With the debt snowball you're going to tackle Credit Card B, with the $1,000 balance, first.

It will take you three months: You'll pay $435 toward it for two months (because the rest of the $500 is going to cover the other cards' minimum payments) and just under $138 in the final month, and you'll be done. One credit card down and two to go.

Yeah, you! It feels good to get rid of one of your accounts so quickly. That's the point of the snowball method.

But, thinking further into the future, by the time you have paid off all three cards, you will have paid a grand total of $585 in interest — and it will take you 14 months overall.

It will take you eight long months to finish off Credit Card C with the avalanche method — but in the end you pay only $445 in total interest, and the whole process will take you only 13 months.

For some people, getting a psychological boost — paying one card off in just three months! – helps to stay on track. But for others, the avalanche is probably the best way to attack your debt.

Here is a snowball vs. avalanche calculator so you can compare how your debt would be paid off in real life.