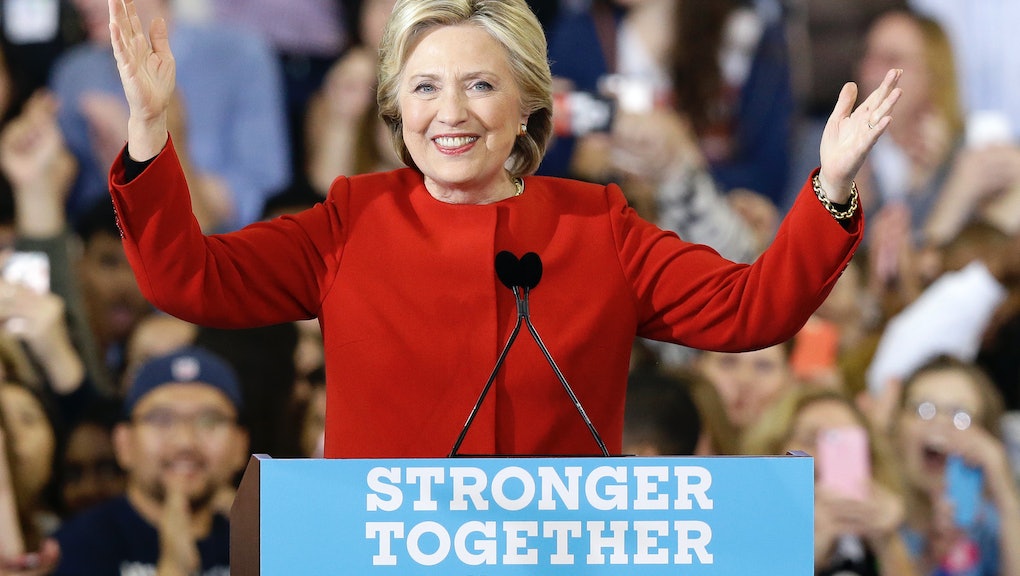 Pantsuit Nation, a private Facebook group that started as a place for a handful of Hillary Clinton supporters to share their excitement and quickly swelled to almost 3 million members, just got an Election Day treat — a message from HRC herself.

The Facebook group was started shortly after the final presidential debate by Maine resident Libby Chamberlain, CNN reports, who wanted to rally Clinton supporters around Clinton's signature pantsuit-look — but it quickly became a place for people, Democrats, Republicans and Independents alike, to share their reasons for supporting Clinton, their disputes with friends and relatives and their unbridled excitement for the candidate they hope will become the first female president.

On Tuesday evening, as millions of Americans were still lining up at the polls, Jenna Lowenstein, the digital director for Hillary for America, shared a message from Clinton herself — saying that she had brought the group to Clinton's attention Tuesday morning and Clinton "wanted to say thanks directly."

The note from Clinton began "Dear Pantsuit Nation (have you ever heard a better name?!)," and thanked the group's members for their support. "Your stories and photos of family members and friends are wonderful to see, but what truly warms my heart is the thousands of comments of support and love you all send to each other," Clinton said in the note that Lowenstein shared.

Just an hour after it had been shared, Clinton's message to the Pantsuit Nation Facebook group had more than 40,000 likes and thousands of comments — many thanking Clinton for her candidacy and addressing her (a bit prematurely) as Madam President.

No matter the outcome on Tuesday, Hillary Clinton just made her supporters in Pantsuit Nation very, very happy.