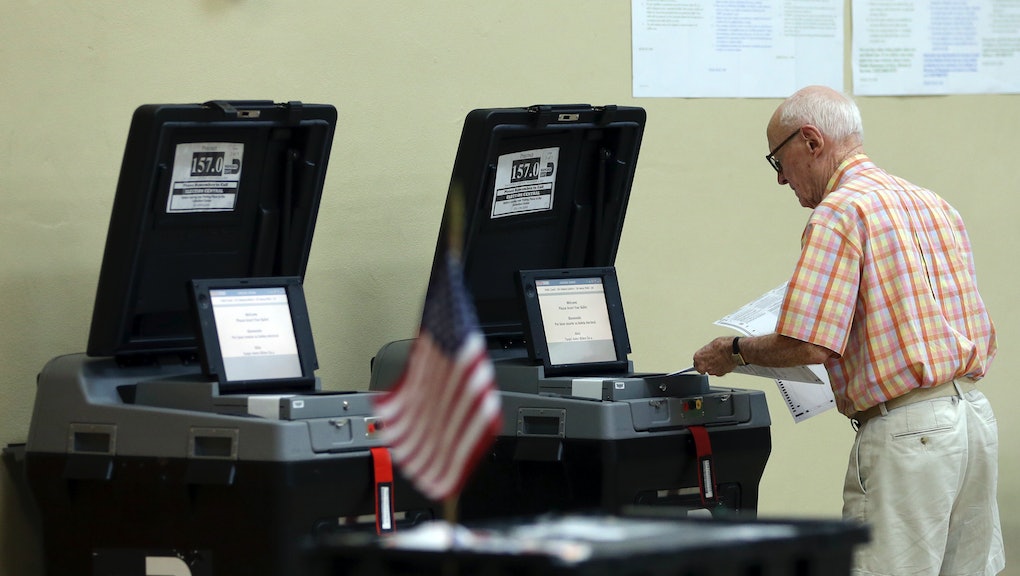 What time will the Florida election results be called? When to expect the big verdict.

Millions of Americans headed to the polls Tuesday in Florida, a crucial swing state, to help choose the next president of the United States of America.

As the first exit poll results begin to pour in, all eyes are on the state and whether it will swing blue or red — and whether its decision will serve as predictor for the results of the general election.

Read on below for everything we know about Florida's election results and when they are likely to be announced.

When do the polls close in Florida?

Voting will wrap at 7 p.m. Eastern throughout the state, and if past years are any indication, the results won't take long to tally. Half of Florida's votes were already accounted for by 8 p.m. in 2012, the Times reported, and this year will likely follow a similar trajectory.

During the 2012 election, the paper reported, 95% of Florida's votes had been tallied by midnight, meaning that the state's final decision will likely be evident long before then.

Historically, the course to the presidency in Florida has never run smoothly.

Although the 2012 election went off without a hitch in the Sunshine State, Americans will remember that the infamous 2000 election between Republican George W. Bush and Democrat Al Gore was a mess.

That year, victory was called in the state for Gore at 7:50 p.m., but officials later retracted that projection as the margins began to appear too close to call. After an infamous recount debacle, the election was eventually called in Bush's favor in mid-December.

Although there's still no word on which way Florida will swing this year, early prediction models are largely calling the state in favor of Clinton — meaning that Florida could potentially play a critical role in electing the first "Madam President."