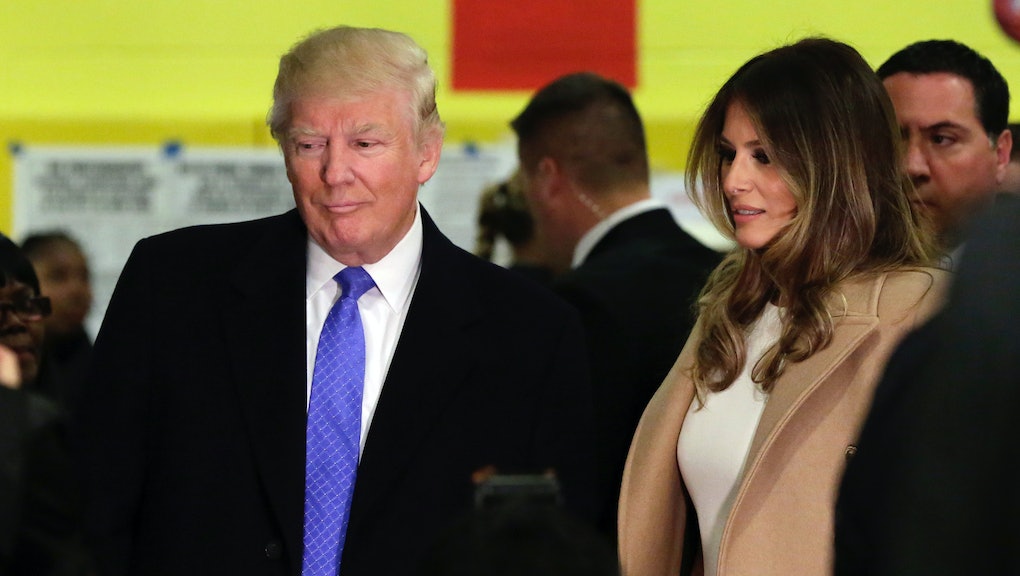 A Donald Trump presidential win is closer than ever. How did we get here?

The presidential election is in flux. Three hours since the first polls closed in competitive swing states, Donald Trump is now seen by some as the likely next president of the U.S. True, the race is not over; millions of votes still need to be counted. But the Electoral College map is on the verge of a reset that may end any hope of a victory for Hillary Clinton.

Going into Election Day, Trump trailed Clinton by more than 3 percentage points in the RealClearPolitics average of national polls. On Tuesday morning, FiveThirtyEight gave Trump a 30% chance of victory. As of 11 p.m., the national leader in election projections had moved Trump's chances to above 50%, a narrow edge over Clinton.

Meanwhile, the betting markets grew extremely bullish on Trump as the night wore on. At 8:17 p.m., PredictWise gave Trump a 7% chance of victory. By 11 p.m., his chances of victory had risen to around 85%.

At the state level, Trump won Florida and Ohio. He gave Clinton a run for her money in Virginia. In typical Democratic strongholds like Michigan, Pennsylvania and Wisconsin, Trump was leading or competitive around 11 p.m.

As votes began to pour in on the night of the election, something incredible became clear: Pollsters may have missed hidden support for Trump, whose questionable claims that polls were "rigged" against him now seem possible, even likely.

"I wouldn't call anything encouraging for Hillary Clinton at the moment," CNN's John King said just before 11 p.m. As King tapped around the country on live TV, he found few areas of hope for Clinton. Many votes have yet to be counted, but Trump undoubtedly has the momentum.

An explanation of "we did not see this coming" is not entirely fair. Nate Silver at FiveThirtyEight has been bullish on Trump's chances for weeks, at least compared to other election analysts. The New York Times gave Trump a 15% chance of victory, while the Huffington Post and the Princeton Election Consortium put Trump's chances in the low single-digits. The high number of undecided voters and historic levels of loathing for both candidates, Silver argued, made the election's results more difficult to project.

How right he was. Yet Silver ultimately concluded that most of his election projections "come up Clinton."