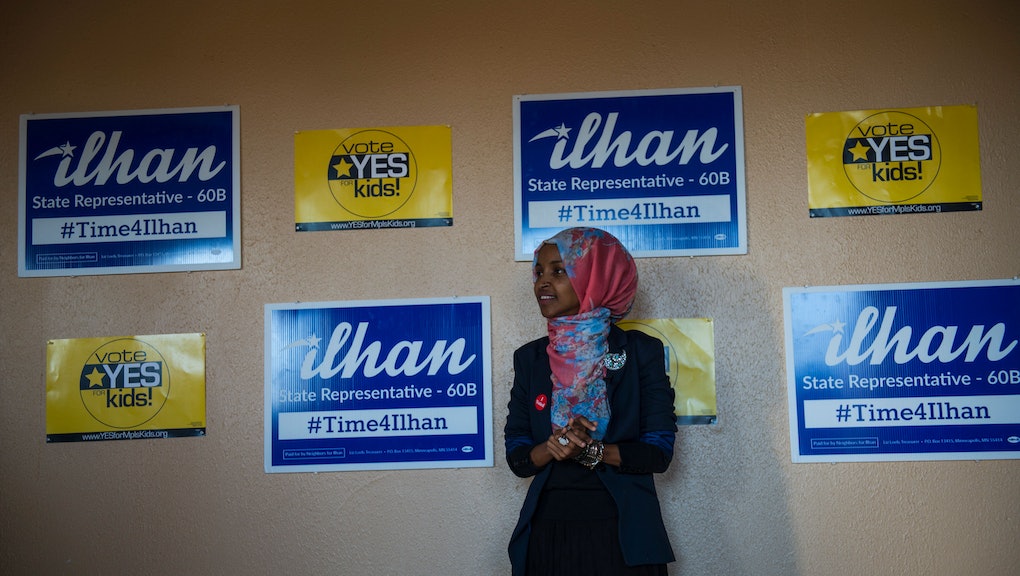 Ilhan Omar will be the first Somali-American to serve as a legislator, the Minneapolis Star-Tribune reported. Omar garnered a commanding win in a state House race, having faced little opposition from Republicans.

"It's the beginning of something new," Omar told the Star-Tribune. "This district has a legacy of making history. I am excited for our progressive values and to be able to be on the ground at the Capitol representing the diverse people of my district and being a champion with them and for them."

Omar is a 34-year-old Muslim American. She wears a hijab and represents Minnesota's future: younger, more urban and more racially and ethnically diverse.

House Minority Leader Paul Thissen said her victory "says something important about the future of Minnesota, and what it means to be a Minnesotan."

According to the Star-Tribune, Omar is also director of policy at Women Organizing Women Network, a group that advocates for East African women seeking civic leadership positions. Omar's journey to the Minnesota legislature began in the Somali civil war and then a Kenyan refugee camp.

In an election cycle marred by sexism and Islamophobia, Omar's victory is a bright spot.

Omar did not immediately respond to a request for comment.