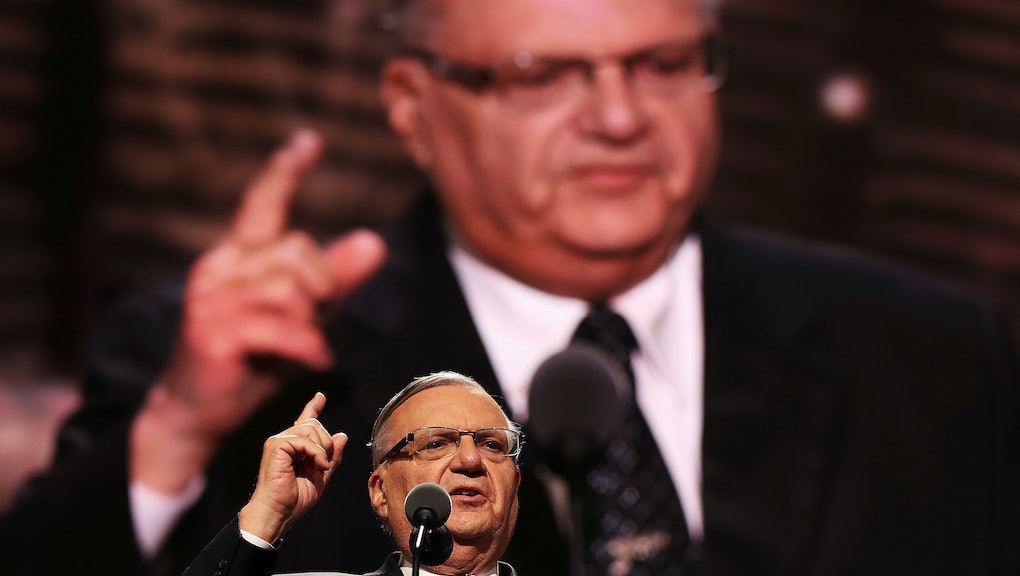 Sheriff Joe Arpaio has been defeated in Arizona race

Maricopa County Sheriff Joe Arpaio has been ousted, according to the Arizona Republic: The Arizona sheriff has lost his bid for re-election to his rival, Democrat Paul Penzone.

Arpaio, a vocal Donald Trump supporter, is currently facing criminal charges for violating court orders that demanded he end practices that had been found to be racial profiling. During his tenure, he has practiced what a New York Times editorial referred to as "years of racial profiling" and "the tormenting of immigrants and Latinos."

Arpaio was running for his seventh term as sheriff.

Many in the local community organized against Arpaio over the course of the race. The Arizona Republic reported the Bazta Arpaio campaign, a Latino-led group working to defeat Arpaio, was organizing to help bring voters to the polls.