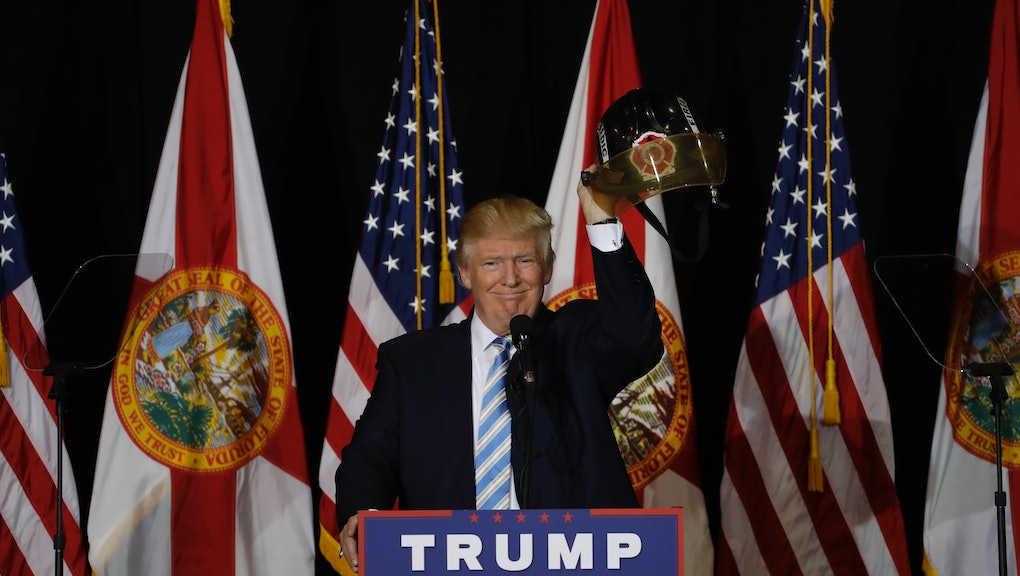 Republicans and Democrats — who for months laughed at Donald Trump's presidential chances and never thought he had a chance at the White House — were in shock Tuesday night as results made clear the New York businessman was likely to become the next president of the United States.

"Everything I thought I knew about politics, I guess I don't know a goddamn thing," said one California Republican, who both did not support Trump nor want to speak on the record as he processed the results.

"Data was off in some of these states like 10 points," Lake said. "And it wasn't like it was one survey. It was everyone's survey. Make no mistake about it: The Trump people didn't feel comfortable coming into tonight."

Still, as of 11:30 p.m., just before networks began calling states such as Wisconsin and Iowa for Trump all but blocking Clinton's path to the White House, Democrats were still clinging on to hope, denying Trump would win.

They vowed the race wasn't over.

"It's shaky, but it's not dead," one California Democratic strategist said.

And they were not prepared to talk about what happens now, if Trump had the White House, coupled with a Republican House and Senate.

"That's a Wednesday question," one D.C.-based Democratic strategist said. "And it's not Wednesday yet."