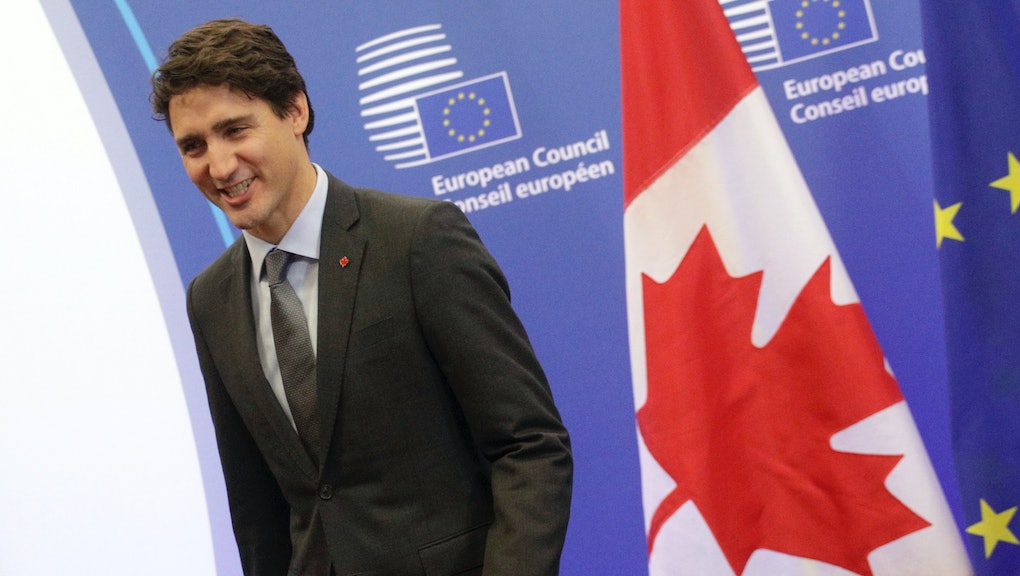 On Tuesday night, as election results rolled in, Americans were doing more than biting their nails — they were also frantically Googling "how to move to Canada."

At roughly 11 p.m. on Tuesday, Canada's immigration website crashed — possibly due to increased traffic to the page.

Canadians had a cheeky response to the extra attention. Our neighbors to the north began posting tweets tagged #MeanwhileInCanada that poked fun at election anxiety, Vox reported.

But others on Twitter were quick to condemn the idea, pointing out that having the means to move to Canada implies a lot of privilege — and, hey, if we think we messed up this country, we ought to stay and fix it.

However you feel, it looks like you won't be able to do your immigration homework until the site is up and running again. As of 12:10 a.m. Eastern, the page is still down.