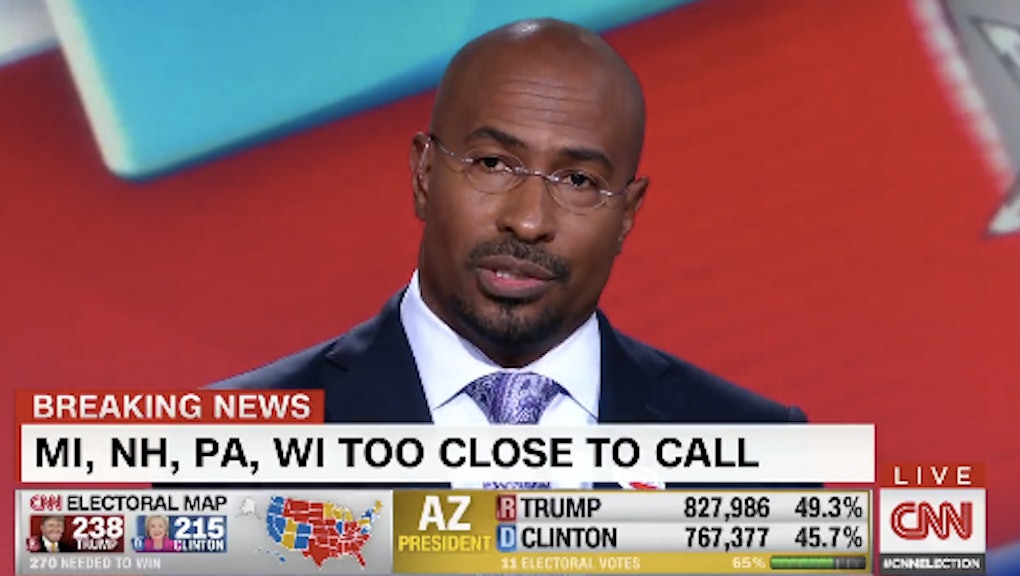 Activist and political commentator Van Jones may have delivered one of the most eloquent and heartbreaking evaluations of what a Donald Trump win means for the United States when he broke it down for his fellow CNN panelists during the network's election night coverage.

While Trump supporters may be calling the election results a "miracle," Jones said, a possible Trump victory means a "nightmare" for others. He continued:

Jones also spoke about the current of fear running through the communities that Trump has derided, mocked and threatened during his campaign. "I have Muslim friends who are texting me tonight saying 'Should I leave the country?'" Jones said. "I have families of immigrants that are terrified tonight."

"This is a deeply painful moment tonight," Jones said. "I know it's not just about race. There's more going on than that, but race is here too and we have to talk about it."

Jones' point is crucial: If whiteness is what elects Trump, then our country must talk about race. But, if history has proven anything, it's that that conversation has been incredibly difficult to have.