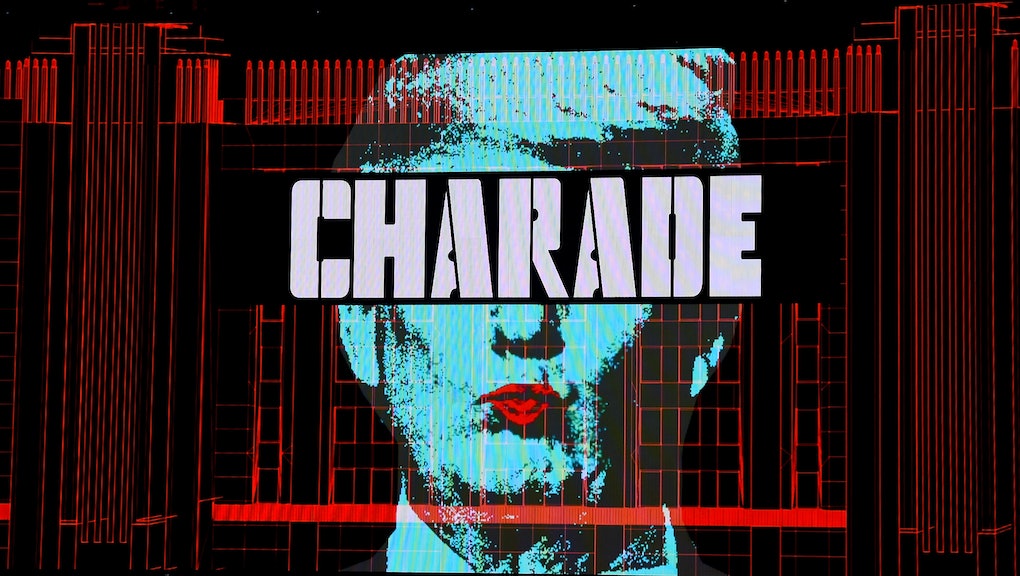 Music, what is it good for if it couldn't stop Donald Trump?

As the sun rises on a very new, very uncertain America, it's become clear that political music in 2016 has been the definition of a paper tiger.

Throughout this year and last, scores of musicians have come forward, snarling with sharpened claws, ready to launch themselves at the coming Trump train — and each one bounced right off. Donald Trump is president and YG's "Fuck Donald Trump," Pussy Riot's patient folk parody "Make America Great Again" and Marilyn Manson's twisted revenge fantasy feel in many ways like his victory anthems.

Every one of these songs came forward to enthusiastic cheers from a very specific portion of the internet, and then the attention wandered on, because there was always that next jam.There were 50 anti-Trump hymns alone in the "30 Days, 50 Songs" project, originally billed as "30 Days, 30 Songs," including songs from Death Cab for Cutie, Moby and Jim James. The fervor was so great that it drew artists who normally steer clear of polemical art and conversations into the mix — people like the calculating Jay Z, Beyoncé and Katy Perry. And yet, it wasn't enough. Their messages, along with all those offered by comedians, late night talk show hosts and actors, did not reach that vital portion of the population they needed to, and here we are. The whitelash is real, and all the music that felt so empowering weeks ago feels like a lie.

It's entirely possible that this persistent clowning had a detrimental effect on the race, helping to paint the music industry and Hollywood as two more arms of the System, thereby encouraging vulnerable voters to dismiss them altogether. Lena Dunham teased as much in her recent "Sensual Pantsuit" video: "I wonder if I'm actually hurting her chances of winning?" she ominously rapped.

It's also possible the results could have been a lot worse had none of these names stepped in. But either way, it brings an important moment of pause: How should we approach all the political music in 2016? Is it worth making? Is it real? The answer is not an easy one to face.

One clear problem is that while much of this music in question — these droves of anti-Trump hymns, which may now present targets for his soon to be "open" libel laws — entertained a very narrow view of what constitutes an act of resistance.

There's a complacency in the way an artist like Bruce Springsteen could hold such strong convictions about the future of this nation, and do little beyond offering a few pithy quotables about Trump being a "moron." He grabbed headlines and earned a punch in his woke card, but what change did he make?

"What if Bruce Springsteen had gotten into a van and trailed Donald Trump to every campaign stop over the last four weeks (or even the last two)," Tim Sommer wrote in a piece for the Observer, arguing that "Rock 'n' Roll Failed Us Again." "Imagine if every time Donald Trump set up to speak, Bruce got out of his van, strolled to a street corner or park a few blocks away, strapped on an acoustic guitar, and began to sing."

Perhaps we were too quick to praise.

For a time it did seem like half-assed efforts would be good enough. Look to someone like Prophets of Rage. In 2000, as their previous incarnation Rage Against the Machine, the band sparked a near-literal police riot outside of the Democratic National Convention. The American Civil Liberties Union stepped in on their behalf to invigorate a new conversation surrounding protest and free speech law.

This year, what did they do? Set up and played near a few Trump rallies and recorded an album that earned a whopping 2 out of 10 grade from Pitchfork, which wrote it "risks nothing and hangs nobody."

Granted, it's extraordinarily difficult to fit the language and fervor of punk into an election like this. The supposedly "disruptive" candidate in this race held views that are entirely incompatible with the free and open discourse of punk's dreamscape. This is part of the reason why we got only anti-Trump songs and precious few pro-Hillary jams, save Le Tigre's "I'm With Her."

The smashing rage of punk just doesn't work when trying to carefully plug a new candidate into a political system obviously mired with anti-democratic pitfalls.

It seems also that this music was only able to reach a small portion of the country, mainly its metropolitan centers. Activist and artist Madame Gandhi, who recently played at a Global Citizen voter drive delivering selections off her recent Voices EP alongside Wale, Vic Mensa and Ani DiFranco in Nevada (which did go for Clinton), detailed in a Wednesday conversation the difficulties she's had breaking into music markets in the middle of the country.

"My biggest lesson is that music, activism and organizing has to access the most vulnerable parts of the country," Gandhi said. "I don't believe that people are closed-minded by nature, but I do believe that we vote according to what we think is best for each of us individually, rather than collectively. Music is one of the few things that can actually get us all on the same page."

Despite everything music was unable to do, none of this is to say artists should stop. This should be a wake-up call that no musician can have both the benefit of the doubt and a song strong enough to reveal the brutal, uncomfortable truths about everything that's wrong with this country today. Because music is everything that Donald Trump is not.

It's accepting, unifying, universal. It's forward-moving, forward-thinking, and it will continue to be. Music will fuel our actions in the streets. It will offer solace and connection for all those people who will likely fail to find it in politics or their neighborhoods, the same way it has in every tragedy our nation has weathered in the past century.

Hopefully, the only difference going forward is that artists begin to treat acts of protest in music with the severity and respect they deserve.