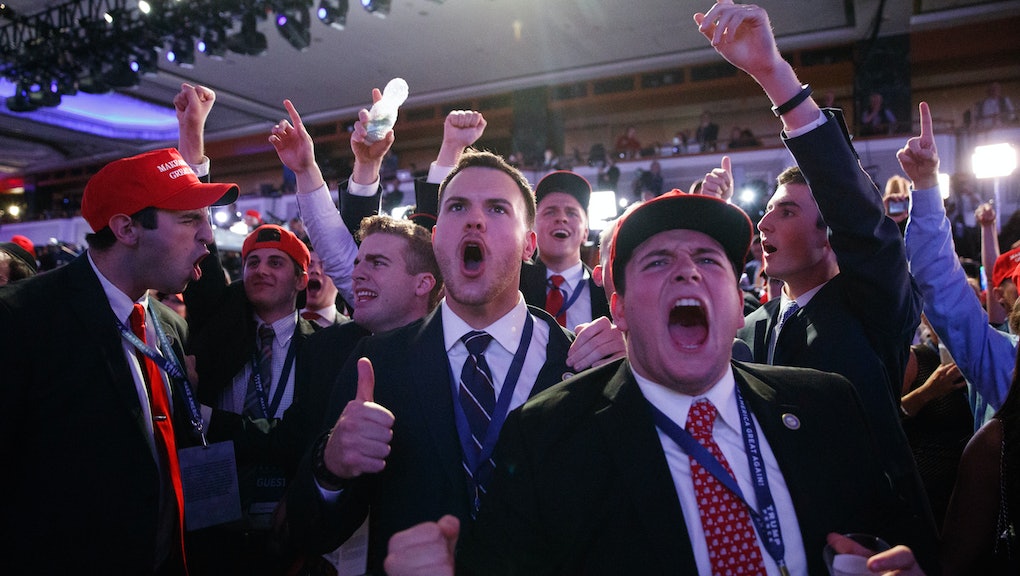 What Donald Trump's win means for millennial money: How taxes, jobs and debt could change

President-elect Donald Trump will be the 45th president of the United States in an unexpected win over Democratic nominee Hillary Clinton, who conceded the election Wednesday morning.

Even if you didn't vote for Trump, he'll be the new president starting in January. What will his presidency mean for you — and your money? For one, if the Affordable Care Act is repealed, you could pay hundreds of dollars more for health insurance. And there's far more Trump could do, including influencing job growth, tax policy, and even interest rates.

How will Donald Trump affect my student debt?

There are 40 million Americans collectively carrying $1.3 trillion in outstanding student debt. Young people have said in surveys it was the second most important campaign issue — right after the economy, including worries about jobs, wages and paid leave.

Trump's "policies" page on his campaign website doesn't have a dedicated section addressing student debt, as Clinton's website did.

But Trump has addressed the topic of debt in sympathetic — if vague — terms: "We're going to work with all of our students who are drowning in debt to take the pressure off these people just starting out in their adult lives," he said in his GOP convention speech.

And in a campaign speech in Columbus, Ohio, in October, Trump promised student loan payments would not exceed 12.5% of borrowers' income and he would only require borrowers to make payments for 15 years.

"We'll let them get on with their lives," he told the crowd.

This is different from the current program available to borrowers with federal student loans: Currently people can cap their payments at 10% of their income and need to pay off their loans for at least 20 years.

One big concern? A Trump policy adviser has suggested that colleges might be pushed to share risks in a way that disincentives them to admit or lend to low-income liberal arts majors.

The idea would be to push students to take out loans only if they'll end up in high-paying fields that will enable them to pay back debt. An end effect could be that only wealthier students get to be arts majors, for example.

Finally, early signals suggest the markets believe for-profit colleges and student lenders could benefit under a Trump presidency, thanks to a lightening of rules, regulations — and consumer protections.

Will Donald Trump lower or raise my taxes?

In countless campaign speeches, Donald Trump has promised to cut taxes for the middle class. Indeed, his plan calls for wide tax cuts, including collapsing the income tax brackets and cutting the taxes on investments that were put in place by the current White House.

And, maybe even more importantly, many economists are skeptical about how feasible Trump's plan, as a whole, would be in practice.

Another study found that nearly 8 million low- and middle-income families would actually see their tax bill go up under a Trump presidency.

That said, almost everyone else would see their tax bills go down. Citizens for Tax Justice  says that middle-income earners would net a little more than $800 in savings on average under Trump's plan.

What will Donald Trump do to jobs?

Trump has said he would create 25 million jobs over the next decade. That's about 18 million positions more than would be created if he did nothing, at least according to Congressional Budget Office projections that show 7.1 million jobs will be created by 2026 under the current trajectory.

But after Moody's Analytics looked at Trump's jobs projections, it reported his programs would actually result in 3.4 million job losses.

Trump's proposals may help grow the economy in the short term, but researchers found, after about a decade the benefits would wear off.

After that the economy would begin to shrink, University of Pennsylvania economist Kent Smetters told Fortune. By 2040, he said, Trump's plans could cost the economy about 11 million jobs.

The United States has lost factory and manufacturing jobs in recent decades: more than 7 million since 1979, according to Marketwatch.

But analysis suggests any president would have a hard time bringing back those 5 million jobs, because they are gone for good. The U.S. still produces a lot of goods, and more than it did 20 years ago, but it takes fewer workers to make those products thanks to technological advances.

That said, there are jobs in several industries — including private prisons, which have seen stock prices rise in the wake of Trump's win — that are expected to thrive under his presidency.

Will interest rates go up under Trump?

Protecting and improving your credit score is up to you alone. But the decisions of the newly-elected president will also affect your life as a borrower, influencing everything from the interest rates you pay on credit cards and mortgages, to credit reporting rules and how hard it is to pay off debt.

The U.S. central bank, or Fed — short for Federal Reserve — is an independent entity overseen by Congress. It's headed by the Board of Governors, which is chaired by Janet Yellen. The Fed's job is to keep as many people employed as possible, without letting the prices of the goods and services get too high.

Trump – like all U.S. presidents – won't have a direct hand in the Fed's decisions. The president gets to pick the chairperson and board and sets the goals, and then steps back: It has been established that the decisions of monetary policy should be free from political influence.

Trump has said he champions low-interest-rates. This is unusual for a Republican, which as conservatives, usually support policies that result in higher interest on investments.

"I'm not a person that thinks Janet Yellen is doing a bad job," Trump told Reuters in May. "I happen to be a low-interest rate person unless inflation rears its ugly head, which can happen at some point."

Citigroup chief economist Willem Buiter told CNBC that he thinks a Trump presidency would lead to an interest rate cut. But not for a good reason: The Fed would be anticipating a trade war.