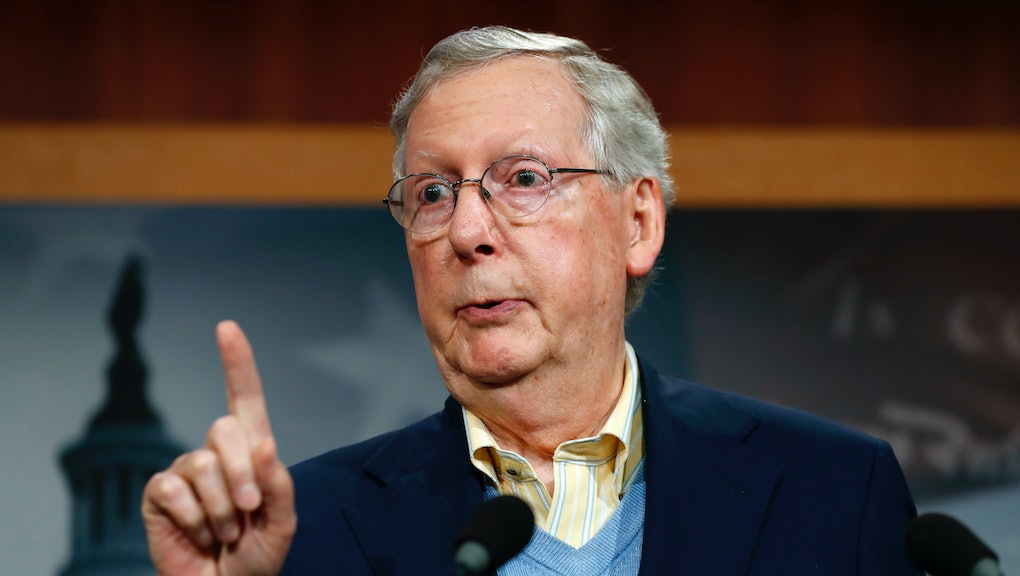 At a press conference on Wednesday, McConnell called the act's repeal a "high-item on the list," CNN reported. He continued, "Let's just stipulate that every single Republican thought Obamacare was a mistake without exception. That's still our view, and you can expect us, with a new president who has the same view, to address that issue."

Ryan said in press conference, "This healthcare law is not a popular law," the New York Daily News reported. "This Congress, this House majority, this Senate majority, has already demonstrated and proven we were able to put that on the President's desk."

Trump amped up his criticism of the health care law in recent weeks, promising to hold a technically unnecessary "special session" of Congress to speed up its repeal.

As Vox noted, the party has multiple legislative avenues to pursue towards the law's repeal. Republicans have yet to offer a united front on what would happen in the wake of a repeal, despite the move's potential to throw health care markets into chaos.