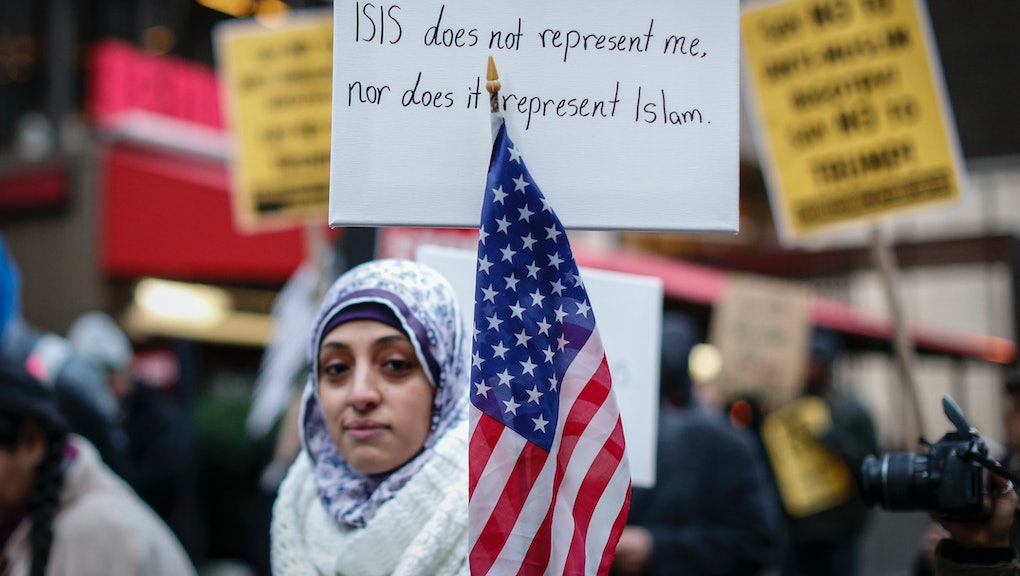 Donald Trump's Muslim ban statement is no longer on his website

Less than 24 hours after Republican Donald Trump was elected president of the United States, his statement calling for a "total and complete shutdown" of Muslims entering the U.S. mysteriously vanished from his campaign website.

"The website was temporarily redirecting all specific press release pages to the homepage," Trump's campaign said in a statement to the Post. "It is currently being addressed and will be fixed shortly."

In the Dec. 7, 2015, statement, Trump pointed to polling data that suggested 25% of Muslims support violence against Americans: "Without looking at the various polling data, it is obvious to anyone the hatred is beyond comprehension."

But, without explanation, the signature campaign message is no longer on the president-elect's website, and the page where it once was now redirects to a donation page.

Trump's proposed ban on an entire religion entering the U.S. sparked tremendous backlash — but also tremendous support from groups like the alt-right.

Fear-mongering and anger were central to Trump's message on Muslims, and the candidate doubled-down on the idea after several terror attacks in the U.S., most recently the Chelsea bombing.

The increased use of dog-whistle language has led to an uptick in Islamophobic attacks in 2016. Trump's win on election night has already stoked fear in U.S. Muslims, some women opting to not wear a hijab out of worry of racial abuse.

Trump's campaign has yet to release a statement on the statement's removal from the website.