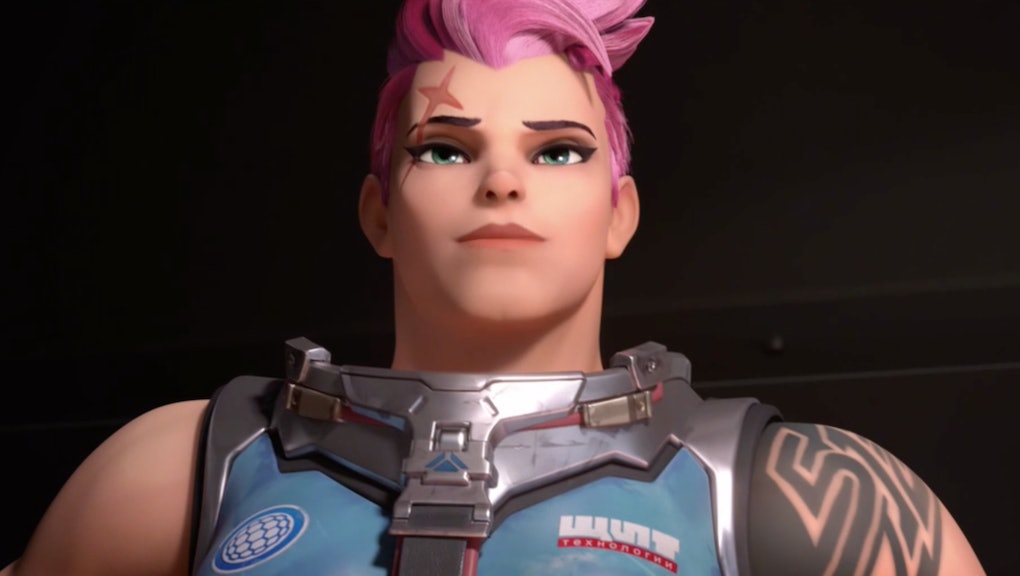 'Overwatch' update: Blizzard says multiple heroes are LGBTQ — and fans are in a frenzy

Though Blizzard mentioned that several characters in the Overwatch roster were LGBTQ in 2015, it never specified which characters in particular. That conversation resurfaced Nov. 4 at BlizzCon, when a fan asked the Overwatch team at a Q&A session whether there were plans to actually follow through on that tease.

We definitely haven't forgotten about what we said. Like we said, it's very important for us to have diversity and inclusiveness of all types, and that includes LGBT characters. There are definitely LGBT heroes [in Overwatch] — that's multiple heroes.

Which Overwatch characters are LGBTQ?

In the wake of these comments, fans have taken to places like Reddit and Blizzard's forums to discuss which characters they think are LGBTQ. Will Zarya — who already has a vocal fanbase celebrating her as a gay icon — be revealed to be canonically lesbian? Or will Lúcio, the freedom-loving DJ who has a voice line in which he advocates for people to "live as they choose," be shown in a same-sex relationship? Could he be a trans man?

"They mention 'plural' [LGBTQ Overwatch characters], and if Zarya isn't one, I'm going to be very upset indeed," Redditor happon wrote in the /r/gaymers subreddit in response to one user complaining that Zarya was too stereotypically lesbian. "She's coded lesbian, and she's an actual positive character. You never see [gender non-conforming] lesbians presented in a positive way. Zarya being loud and lesbian and proud would be amazing. And contrary to popular belief, us lesbians do want this kind of 'stereotypical' representation."

Another commenter in the /r/Overwatch subreddit said they hoped Mei would be established as canonically gay, particularly in light of the way she coldly tells Junkrat to "look somewhere else" when he makes a remark about her winter clothing.

Mostly, the /r/Overwatch subreddit seems to be filled with humorous, lighthearted comments in between the legitimate speculation. One user, Thorrissey1, suggested McCree get a Brokeback Mountain-themed "I wish I knew how to quit you" voice line. Someone else joked that Junkrat's line in which he remarks that he's "on top now" is more than just a declaration of dominance in battle.

In almost every case, these comments seem to be refuted and shot down rather than reinforced. For example, redditor le_sweetie_man said:

Select groups of self proclaimed hardcore gamers are sexist, racist and homophobic with a strange inability to admit that they are. If there's a controversy over this issue, it's just a very vocal minority throwing a temper tantrum that will hopefully just be ignored.

Whenever Blizzard reveals an Overwatch character as LGBTQ, either through a comic or a new animated short, Mic will keep you updated.