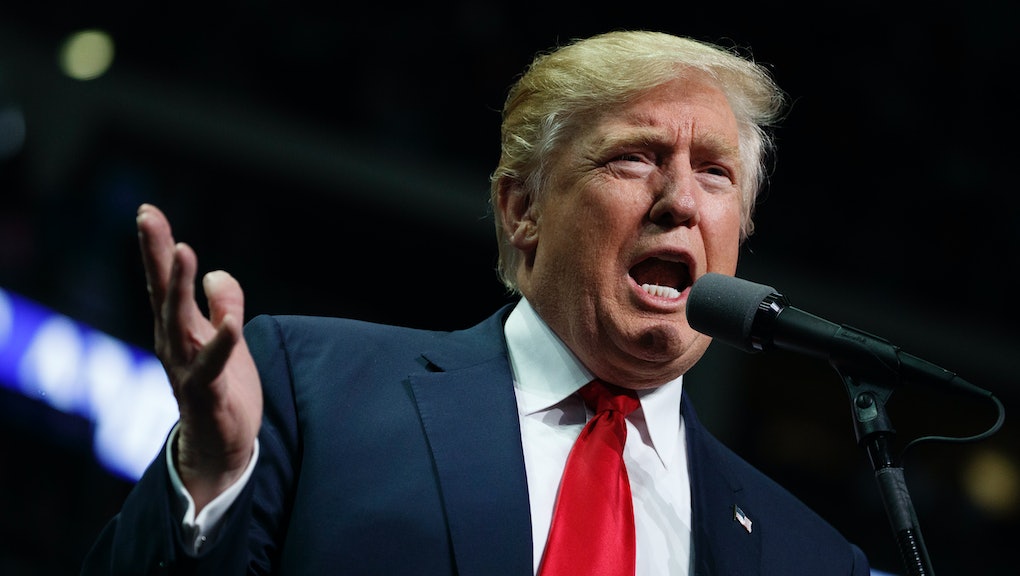 Donald Trump's campaign trail promise to "make every dream you ever dreamed for your country come true" may have sounded good on the stump — but it could come back to bite him and the Republican Party in spectacular fashion.

Trump has vowed to tackle some pretty major things in his first 100 days, chief among them a total repeal and replacement of the Affordable Care Act.

But while Republicans could very likely repeal the law, there is little agreement on a workable alternative.

And with 20 million people now receiving health insurance through the ACA, and others benefitting from popular provisions in the law — including forcing insurers to cover those with preexisting conditions, allowing young people up to age 26 to stay on their parents' insurance plans and offering free birth control coverage — taking away those items from Americans could spark an intense backlash.

"People still to this day overwhelmingly support the tenets of Obamacare, but they're skeptical of the brand," Achim Bergmann, a Democratic campaign strategist, said. "So I do think that if their first order of business is to repeal Obamacare and 20 million people are kicked off their healthcare ... and all those protections rolled back, I think it would be a travesty [for the GOP]."

Republicans, for their part, are thrilled to finally have control of both the White House and Congress — allowing them to pass their agenda items, including an Obamacare repeal.

"I will tell you, talking to my colleagues, talking to my boss — who's talking to his colleagues — there is excitement in the Republican conference at the opportunities that we have in the first 100 days to deliver on these campaign promises that we've been making as a House and Senate conference," one chief of staff to a Republican member of Congress said.

But the one replacement plan often mentioned by Republicans, drafted by Georgia Republican Rep. Tom Price, excludes some of those popular provisions.

If people on birth control, for example, see prices go up, that could be enough of a tangible change to spur a usually low propensity voter group into action.

Price's plan also doesn't include an individual mandate — the provision of the bill conservatives hate most but that makes Obamacare work.

That's exactly the problem Obamacare is facing now, with fewer young people signing up through exchanges and making prices for those who do buy into the markets more expensive.

Even worse for Republicans is that if recent history is any indicator, an American public that values expediency and expects promises to be fulfilled in short order could quickly turn on Trump and his party.

Such was the case in 2009, when President Barack Obama started seeing an angry outcry against his proposed health care plan at town halls hosted by members of Congress across the country.

Those explosive town halls were the first sign of a coming Republican wave in the 2010 midterm elections, in which Democrats lost their House majority in a spectacular fashion.

That backlash came even as Obama entered the White House with soaring approval ratings, starting at 68% when he first entered office, according to Gallup.

Trump, on the other hand, days after being elected, has an approval rating below 40%, according to the RealClearPolitics average — the lowest for an incoming president since polling started tracking presidential approval.

And so that means backlash against his administration could come swiftly and furiously.