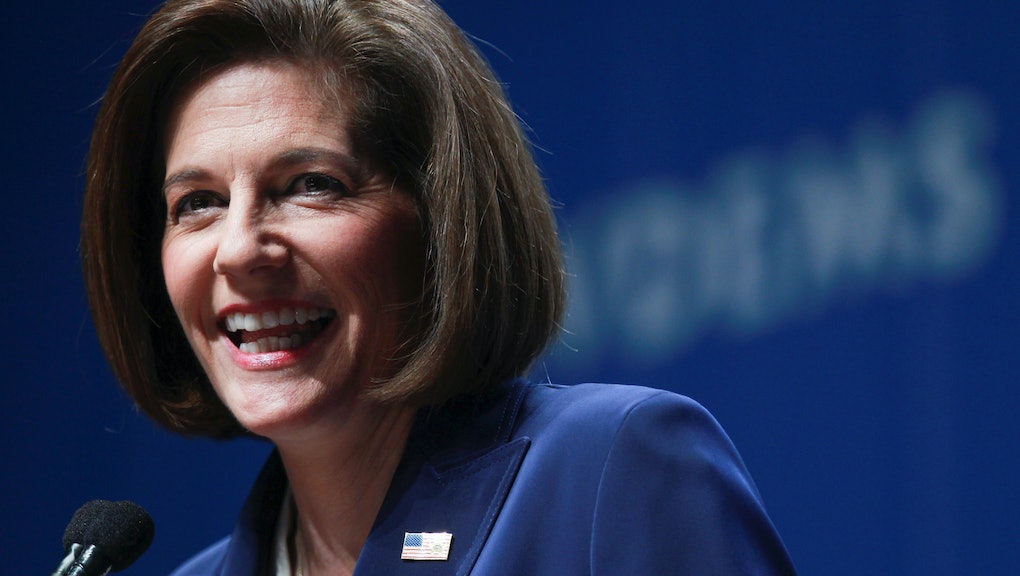 What to know about Catherine Cortez Masto, first Latina woman elected to the US Senate

The results of the 2016 election dealt a devastating blow to minority groups, who have a lot to lose if President-elect Donald Trump makes good on promises to ban Muslims, promote stop-and-frisk and build walls.

For those who are losing heart: There other victories worth celebrating, and Catherine Cortez Masto's election to the U.S. Senate is one of them. Representing Nevada, Cortez Masto will be the first Latina woman to ever hold a seat in the Senate after beating out her Republican opponent to replace retiring Nevada Sen. Harry Reid, the Democratic minority leader.

"I want you to know this isn't my win, it is our win," Cortez Masto said in her victory speech Tuesday night, according to NBC News. "We did this together. The multicolored fabric of Nevada, the diversity here, is our strength and I can see from your faces that we are going to continue to be strong and continue to fight for our families, for our future — here in Nevada and across this country."

After it became clear that Republicans would control both the House and Senate going into 2017, many worried that there would be nothing stopping Trump from realizing his more harmful campaign promises.

Cortez Masto reassured her supporters that she would fight for them, no matter what.

"I promise you this," she said of Trump in her Tuesday-night speech, according to the Washington Post, "I will be one hell of a check and balance on him."

The granddaughter of a Mexican immigrant, Cortez Masto spent two terms as Nevada's attorney general, during which time she pushed legislation to crack down on manufacturing of methamphetamine in the state. During her campaign run, she earned the endorsements of Democratic nominee Hillary Clinton, President Barack Obama, Vice President Joe Biden and first lady Michelle Obama, according to the Washington Post.

In September, Cortez Masto told Fusion that if elected to the Senate, she'd focus on passing comprehensive immigration reform. She knows that no one's better for the job than a Latina woman like herself, who knows what's at stake.

"My grandfather came from Chihuahua, Mexico, and I am an example of what that fight is about," Cortez Masto said during a visit with Nevada high schoolers. "Can you imagine my grandfather if he were alive today and saw his granddaughter who was the attorney general for eight years in the state now running to be the first Latina ever elected to the United States Senate? That's incredible."

What Cortez Masto's win meant not just for her, but for Latina women across the country, was at the forefront of her mind Tuesday night.

"I'm proud to be Nevada's first female and our nation's first Latina senator," she wrote in a tweet early Wednesday morning. "It's about time our government mirrors the diversity of our nation."