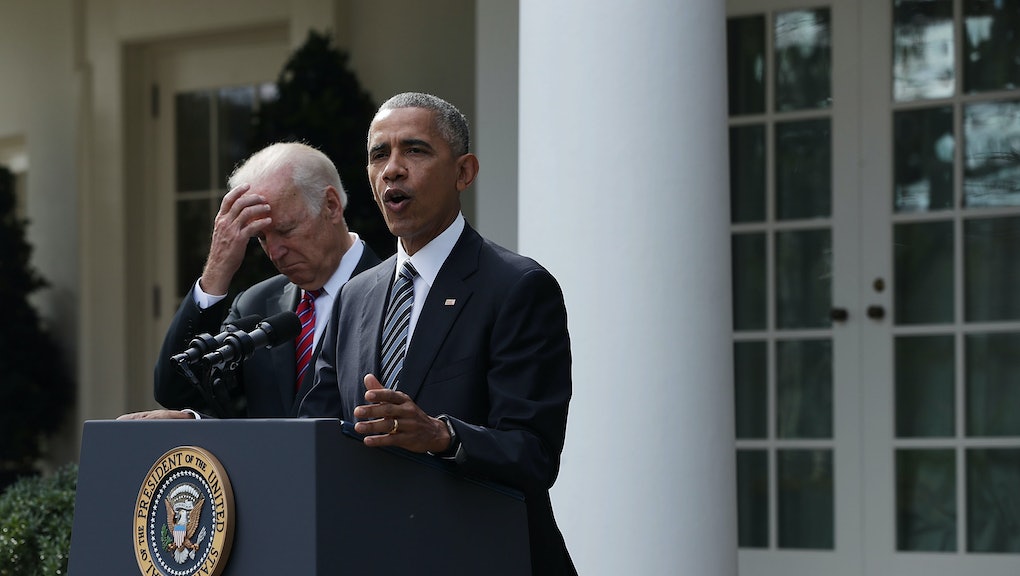 When does President Obama leave office? Here are the key dates to know.

After securing a surprise victory on Election Day, President-elect Donald Trump is getting ready to park his moving van outside of the White House, the home of our current president, Barack Obama. The pair met Thursday at the White House — a sobering reminder that President Obama's final days in office are upon us.

But when is moving day, officially? And when will the Obama family be forced to finally vacate the premises?

When does Obama leave office?

According to the 20th Amendment, the terms of both the president and the vice president officially come to a close at 12 noon on January 20.

In light of this, it makes sense that Inauguration Day falls on the same day. Obama will remain in the White House right up until the moment Trump is sworn in.

Other key dates to know: Election Day 2020, which will fall on Tuesday, Nov. 3 that year. Good to know!