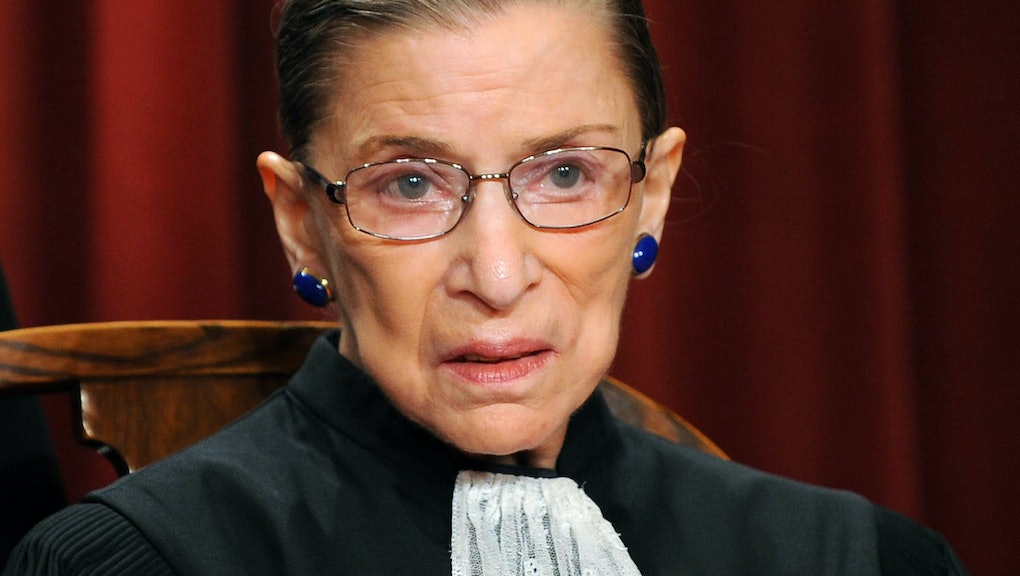 Supreme Court Justice Ruth Bader Ginsburg may have just sent a powerful, post-election message to Donald Trump with a special choice in apparel.

According to NBC News, Ginsburg appeared on the bench on Wednesday in her "dissenting collar," a jabot that she has previously worn to signify dissent in decisions the court is handing down that day. But there were no court decisions released on Wednesday — Ginsburg's "dissenting collar" seemed to be a silent indictment of the results of the election.

Ginsburg has expressed her disdain for Trump in the past, telling the New York Times in July that she didn't "even want to contemplate" what a Trump win would mean for the Supreme Court.

After Ginsburg criticized Trump back in July, Trump fired back, calling her comments "very dumb" and demanding she resign.

Only a few days after commenting on the election, Ginsburg expressed regret, saying in a statement, that "judges should avoid commenting on a candidate for public office" and her comments about Trump were "ill-advised."

Even though Ginsburg has stayed mum on the results of the election, her sartorial choice may tell a different story.