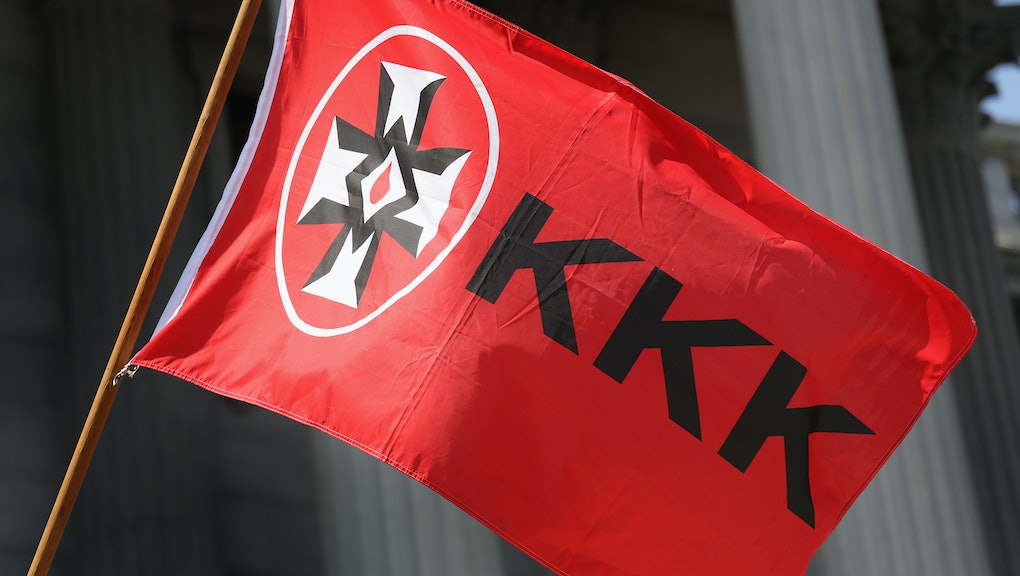 In case there was any lingering doubt that Donald Trump's campaign, as well as voters' primary motivation for turning out in record numbers to elect him, was steeped in racism, xenophobia and concern for maintaining white supremacy, here's some news that might still be surprising. The Ku Klux Klan has announced it will host a rally in North Carolina to celebrate his win.

According to the News & Observer, the Loyal White Knights of the Pelham, North Carolina-based KKK will host a public parade for Trump on Dec. 3, though an exact time and location have not yet been posted.

The Klan's website, a corner of the internet this writer never hoped or expected to visit, refers to the event as a "Victory Klavalkade Klan Parade," just above the declaration that "Trump's race united my people."

Indeed, former Ku Klux Klan grand wizard David Duke — a Holocaust-denier, neo-Nazi and propagator of the theory that Jews control the media in an effort to force miscegenation — praised Trump's win with similar language after the election.

That white supremacists are organizing publicly in the wake of Trump's win makes sense, according to Oren Segal, director of the Center on Extremism at the Anti-Defamation League.

"We could see some people more openly embrace the racism, xenophobia and conspiracy theories peddled by white supremacists [during the Trump administration], but hard core white supremacist remain very much on the fringes," Segal said in an email. "And most haters remain unaffiliated."

In North Carolina, a state Trump carried by roughly 5 percentage points, that might not be the case. The Klan is thrilled about Trump — the man (white) America selected to run the country. Clearly, we were already living in Trump's America — it's just that now he's officially been chosen to run it.