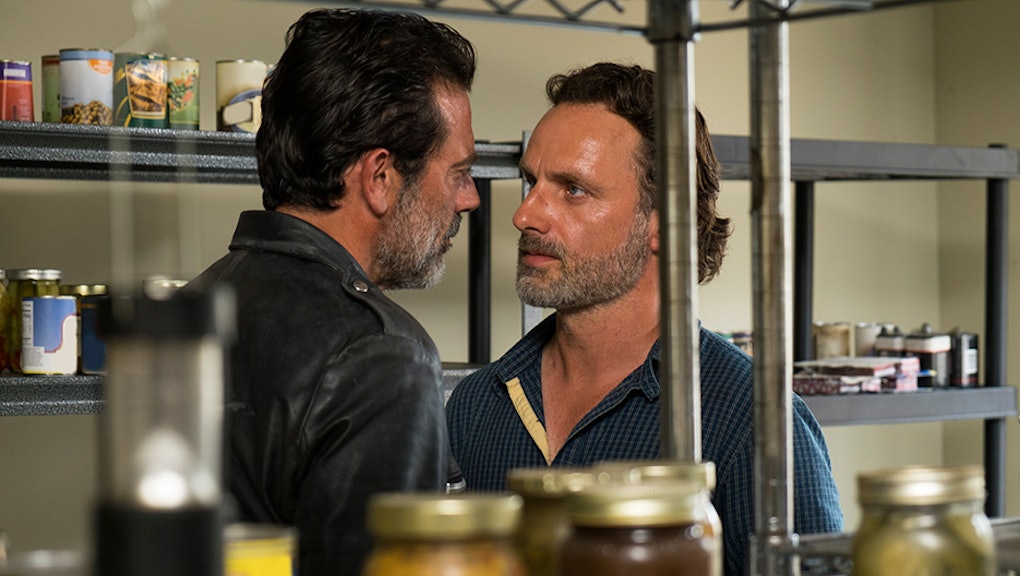 Is Judith Rick or Shane's daughter? An explainer on 'The Walking Dead' episode 4 reveal

There's very little parental drama in The Walking Dead, but if there was ever a time for a post-apocalyptic edition of Maury, it would certainly involve Rick, Shane and Lori. Remember Shane and Lori? It's been several years since either character has been mentioned — Lori died back in season three, and Shane died in season two — but Rick finally addressed a paternity question long left unanswered by the show in season seven's fourth episode, "Service."

Speaking with Michonne about why he's decided not to clash with Negan, who was particularly awful in his first visit to Alexandria, Rick explains that he didn't want to risk losing Carl or Judith. Then, by his own admission, he confesses that Judith is not his biological daughter.

"I had a friend," he tells Michonne. "I don't talk about him. He was my partner. He got Carl and Lori to safety right after it all started ... His name was Shane. Him and Lori, they were together. They thought I was dead. I know Judith isn't mine. I know it. I love her, she's my daughter. But she isn't mine. I had to accept that. I did, so I could keep her alive."

Many fans on Twitter were moved by Rick's revelation, while some had totally called it.

Granted, Rick's seeming heroism in raising Judith, despite not being her biological father, isn't so cut and dry in The Walking Dead. If he didn't want to raise her, what's the alternative? The post-apocalyptic world doesn't offer adoption services, clearly, and even Negan would probably find the notion of abandoning an infant child pretty abhorrent.

"It's a great, great secret that he's been holding on to for a long, long time," Lincoln told Entertainment Weekly. "There's a scene with Lori where it's almost touched upon — outside on the farm, there's a scene where he makes peace with whatever's gone down and that's, I think, a key moment. He doesn't voice it, but it's there. It's in the air."

While it's uncommon for The Walking Dead to revisit old storylines, it was a tender moment in an otherwise dreary episode. Plus, it's the type of moment in which we draw praise to the devoted fans who spent an exorbitant amount of time breaking down Judith's parentage. Take redditor TsarNab, who explained in six exhaustive paragraphs why Judith had to be Shane's one year ago (TL;DR: she was confirmed pregnant much too early after Rick's return).

Perhaps this is a gateway to more important reveals for the series. Such as, why does Negan call his bat Lucille? How does Jesus maintain his gorgeous hair? How has Carl aged so much in a short span of time? And, of course, why are you still watching this mediocre show?