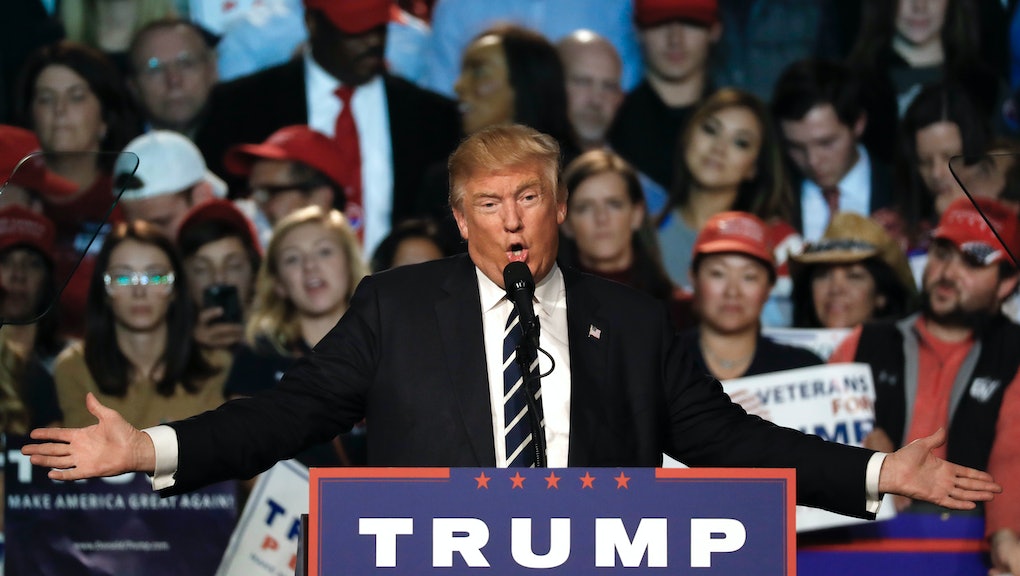 When President-elect Donald Trump is inaugurated on Friday, Jan. 20, 2017, he will officially become the President of the United States. The role will give him a wide array of powers and privileges, including control of many government surveillance tools and technology. For those suspicious of Trump's qualifications and ethics, the notion of him having control of anything more than his Twitter account is downright frightening.

Here are four of the many technology and surveillance tools and programs that Trump will oversee as POTUS:

The National Security Agency is far from transparent in how it runs surveillance and gathers data on U.S. citizens, and the intelligence agency does not need Congressional approval to make changes. Even though President Obama implemented new restrictions on surveillance last year, the NSA still has the power to ask companies for data, and by law the companies have to follow through.

The growing concern with NSA surveillance under a Trump presidency is largely rooted in Americans' civil rights. In the past, Trump has advocated for greater surveillance of Muslims living in America: "I want surveillance of certain mosques if that's OK," Trump said last November at a rally in Alabama. "We've had it before." Most recently, Trump called for a database and watch lists for Muslims living in the country on ABC's This Week. He echoed similar sentiments about monitoring the Black Lives Matter movement.

The president has the right to order a drone strike to kill suspected terrorists without charges or a trial. Earlier this year, in a New York Times op-ed, two ACLU lawyers warned that "whoever prevails in November will inherit a sweeping power to use lethal force against suspected terrorists and militants, including Americans."

Thus far, the drone program is estimated to have killed up to 5,000 people. Under the Obama administration, from January 2009 until the end of 2015, 473 strikes in several countries — Pakistan, Yemen, Somalia and Libya — have claimed at least 2,436 lives.

The NSA's PRISM program gathers data — email, instant-message chats and videos — from major tech companies like Google and Facebook.  According to the Washington Post, that data is shared by the NSA with the FBI and CIA. Existence of this surveillance tool was brought to light when documents from 2013 were leaked by former NSA contractor Edward Snowden.

Trump has yet to state much regarding his views on digital privacy. The one measurement that can be drawn from his public statements is from when he sided with the FBI over the agency's demand for back-end access to the San Bernardino shooter's iPhone — a request Apple CEO Tim Cook called "chilling."

"What I think you ought to do is boycott Apple until such time as they give that security number," Trump said at a town hall event at the time, the Guardian reported. "How do you like that? I just thought of that!"

It's hard to say what a Trump presidency would mean for net neutrality. While campaigning, Trump never laid out a technology plan.

The general overview, however, looks bleak: Ars Technica predicts that the net neutrality rules placed by the Obama administration will not last through a Trump administration, and the Washington Post reported that Trump "could eviscerate some of the most significant tech policies of the 21st century, all but erasing President Obama's Internet agenda."

In the past, Trump has taken to Twitter to voice his less-than-favorable views on the Federal Communications Commission's net neutrality regulations.