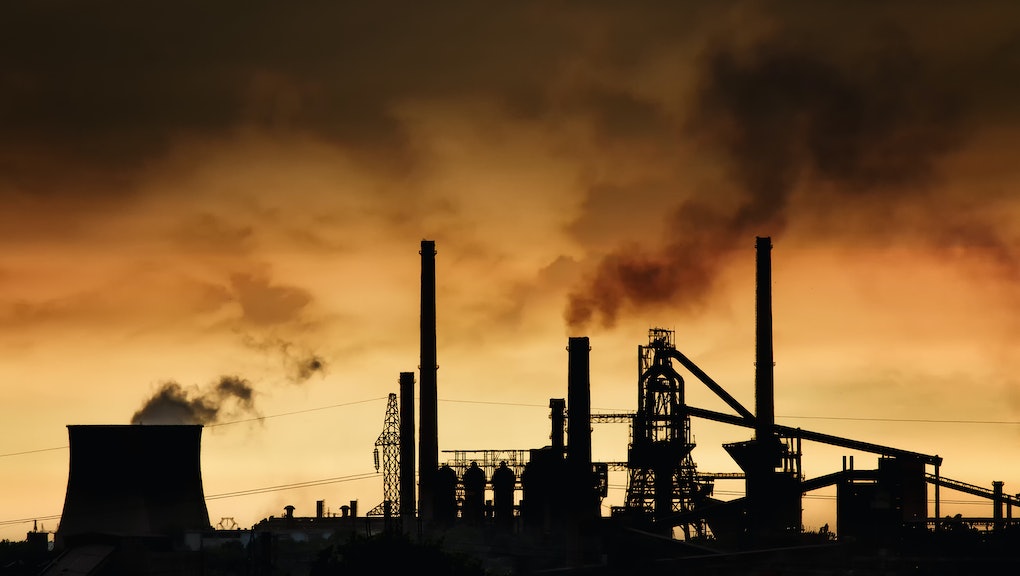 Trump's energy plan could have devastating — and irreversible — effects

President-elect Donald Trump intends on dismantling many of the environmental protections President Barack Obama instituted and supported, according to documents from Trump's transition team obtained by the Associated Press.

The documents point to a repeal of the 1970 Clean Air Act, which Obama used as a foundation for the larger, more crucial Clean Power Plan — it seeks to, by 2025, reduce American carbon emissions by more than 25% of what they were in 2005. Repealing this could have devastating implications worldwide, as the recent and historic international Paris climate agreement is partly hinged on this promise.

Trump also intends to lower the Environmental Protection Agency's standards on smog emissions from burning coal, the documents reveal (he has previously promised to disassemble the EPA, too).

Another Trump prime concern includes amending "Obama administration efforts to reduce air and water pollution," according to the AP. These are protective initiatives staunchly opposed by the oil and gas industries.

On the short list to head the Energy Department is oil magnate Harold Hamm, a big advocate of fracking. Also on the list is Republican North Dakota Rep. Kevin Cramer and Robert Grady, a venture capitalist and former staffer from the George H. W. Bush administration.

Trump released a "contract" to the American public regarding what he intended on achieving during his first 100 days in office. Among his top priorities were undoing many pieces of environmental legislation, while redirecting resources dedicated to combating climate change:

• FIFTH, I will lift the restrictions on the production of $50 trillion dollars' worth of job-producing American energy reserves, including shale, oil, natural gas and clean coal.

In the past, the president-elect has described climate change as a "hoax" and suggested it was invented by the Chinese to make themselves more competitive:

Campaign sentiment and transitional documents combined paint a grim picture regarding the future of curbing climate change, a battle which had finally gained traction. The Paris agreement, ratified just one month before the presidential election, is one such example. Negotiations between China and America, the two biggest emitters of greenhouse gasses, responsible for nearly half of the world's emissions, were exhaustive and at times tenuous, making it the first initiative of its kind.

Many of these changes and repeals — such as slackening permissible levels of carbon emissions — will likely have irrevocable consequences, Michael Oppenheimer, part of the Intergovernmental Panel on Climate Change and a professor of geosciences and international affairs at Princeton University, told the New York Times.

"If Trump steps back from [the Clean Power Plan and Paris agreement], it makes it much less likely that the world will ever meet that target, and essentially ensures we will head into the danger zone," Oppenheimer said.