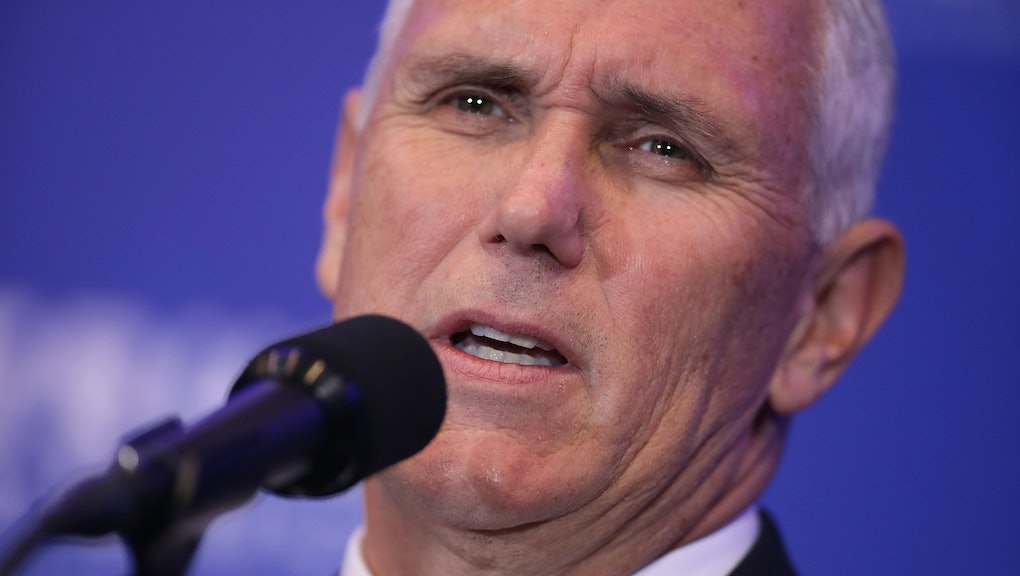 People are donating to Planned Parenthood on behalf of Mike Pence

Frustrated voters may have found the perfect way to get under the skin of Vice President-elect Mike Pence.

The Indiana governor has long made his stance on reproductive rights clear — like in 2011, when, while defending an amendment that would block federal funding for Planned Parenthood, Pence said, "I long for the day that Roe v. Wade is sent to the ash heap of history."

With Pence now headed for the White House and poised to spend the next four years a heartbeat away from the presidency, defenders of reproductive rights are settling in for what looks to be a difficult fight to ensure access to safe and legal abortions. Part of that fight means offering financial support to places like Planned Parenthood — but supporters aren't just donating their money, they're also ensuring that Pence gets a handy reminder in the mail.

Musician Bethany Cosentino of rock duo Best Coast shared a screenshot on her Instagram last week urging followers to make a donation to Planned Parenthood under Pence's name and list his office address so "he'll receive the certificate of the donation."

People were even sharing screenshots on Twitter of completed online donation forms with Pence's name and information filled out.

In a tweet on Saturday, Planned Parenthood thanked supporters, noting that "many people are donating in Clinton or Pence's name."

A flood of donations is helpful, but providers will require even more support in the years to come — especially considering Trump's reiteration in an interview Sunday night that he will appoint Supreme Court judges who would overturn Roe v. Wade.