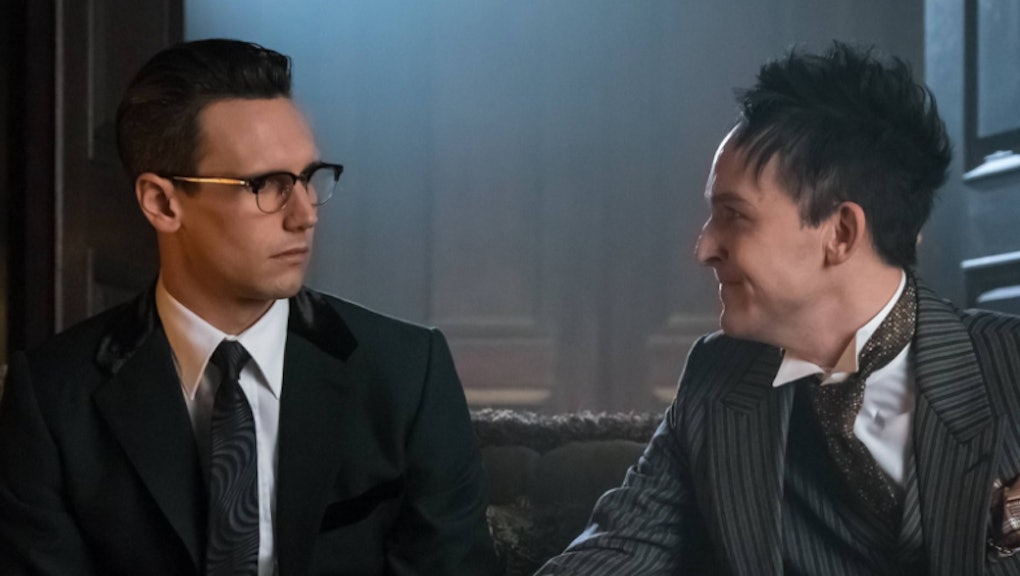 Robin Lord Taylor, who plays the Penguin on Fox's Gotham, has been vocal about his own personal experiences with homophobia in the past. Over the weekend at Rhode Island Comic Con, the actor spoke about his biggest aggravation when it comes to talks about his character's sexuality.

In a recorded clip from the event, embedded below, Taylor expresses his thoughts over the characterization of the iconic villain. He mentions that while many fans say they have no issues with the Penguin being gay or queer, they also contradictorily make note that this is a deviation from the character in the comics. "That's a bunch of horseshit," Taylor states in response to such comments. "What you're saying to me is, 'I am homophobic, and I am afraid of gay people and queer people.'"

It isn't the first time he's spoken about blatant homophobia. Shortly after the Orlando nightclub shooting in June, Taylor was among those who tweeted his support for the LGBTQ communities, and shared an anecdote about his own experiences.

Despite talk about the Penguin's sexuality, Taylor was also clear that although the iconic villain does appear to be in love with Nygma's character, a development made in Gotham's current season, he may not necessarily be queer.

"After the loss of both his mother and father, coincidentally both dying in his arms," he states, "the person who was there, who gave him respect and really was there for him was Edward Nygma." He goes on to say that because of the Penguin's emotional fragility in general, had it been any of the other characters showing him kindness, he may have fallen for them too — regardless of their gender.