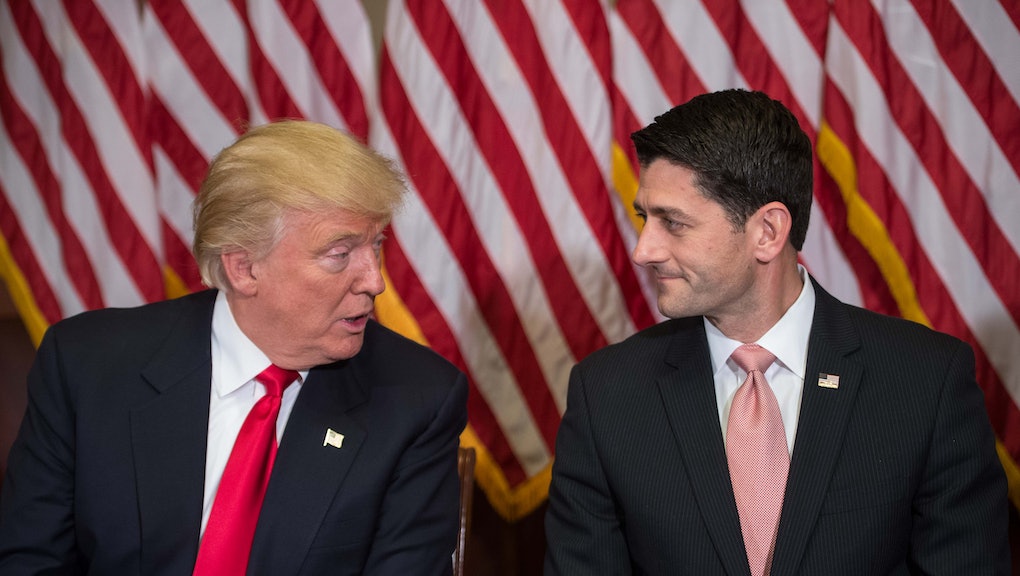 During his presidential campaign, Donald Trump made a promise to institute term limits for senators and members of the United States House of Representatives.

Republicans have suggested federal term limits for quite some time now. However, though it was a plank of the GOP's Contract With America in the '90s, and though Republicans have held Congressional control for most of the time since then, they have yet to follow through on their promises of actually passing term limits themselves.

It seems like now more than ever Republicans can put the plan into action, especially given their new gains in Congress. But what are the chances it will actually happen?

The Constitution places no limits on how long a member of Congress can serve. The founders intended to make sure they didn't limit how long a person could serve.

In fact, several founders encouraged lifetime politicians, suggesting that they didn't support term limits like many Americans do today. Benjamin Rush, a signer of the Declaration of Independence, felt that "government is a science," adding that it "can never be perfect in America, until we encourage men to devote not only three years, but their whole lives to it."

James Madison, writing in the Federalist papers, felt the same way, warning that too many new members of Congress could be a bad thing. "The greater the proportion of new members of Congress, and the less the information of the bulk of the members, the more apt they be to fall into the snares that may be laid before them," he wrote.

The rejection of the Articles of Confederation — and the lack of term limits in the new Constitution — further suggests that term limits weren't wanted by the many of the founders.

Article 5 of the Constitution contains these requirements. To introduce an amendment, two-thirds of the members of both houses of Congress (the Senate and the House of Representatives) must approve of a proposal; or, two-thirds of all the state legislatures must do the same (though this has never actually happened).

Following one of these two actions, three-fourths of the states must ratify the proposed amendment. In today's terms, the amendment process would require 38 state legislatures or conventions to pass the proposal in order to ratify it.

But can the states themselves impose term limits on their own representatives? The answer is no. Several states tried this and up to 1995 23 states had imposed limits on their members of Congress. But a 5-4 ruling by the Supreme Court stated that it was unconstitutional for states to do so, nullifying that process at once. So in order to impose term limits, an amendment is absolutely necessary.

Failure to adhere by their own rules

Republicans have had control of both chambers of Congress in the past, yet they have failed to pass an amendment on term limits out of Congress to begin the ratification process. This is partly because it's so difficult to pass a Constitutional amendment in the first place — Republicans just can't get the proposals to go through.

But another problem exists: Republicans, once in power, don't seem to want term limits anymore. Many congressional Republicans have failed to adhere to self-imposed term limit pledges on themselves, with some who have made the pledge also returning to office a short time later.

Only the president is limited

Term limits were imposed on the president following the unprecedented fourth election of Franklin Roosevelt, with the 22nd Amendment, which was passed in 1947 and ratified in 1951. Since then, presidents have been limited to two successive terms, being forced to leave office after the completion of their second term in office.