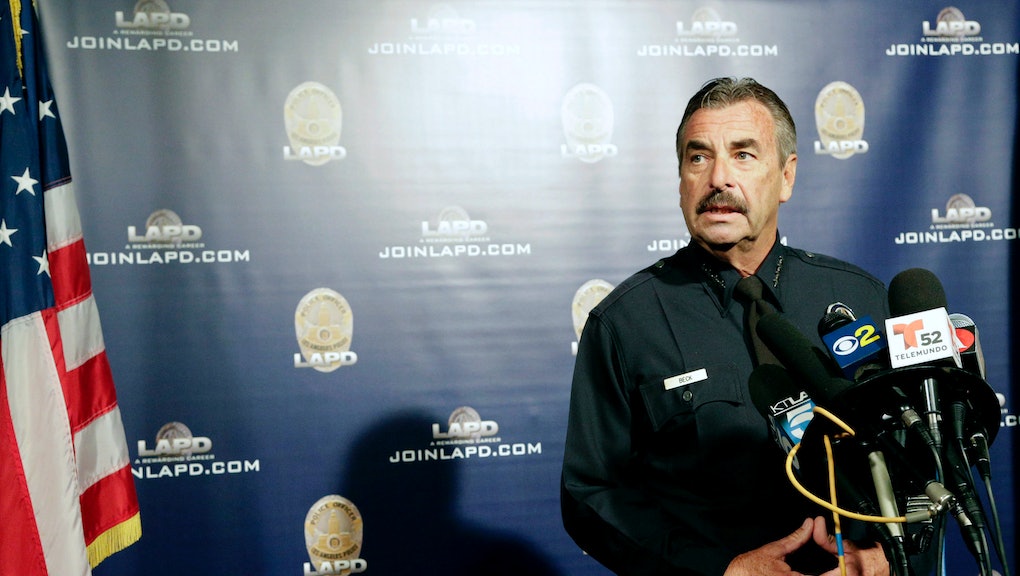 "We are not going to engage in law enforcement activities solely based on somebody's immigration status," Beck told the Los Angeles Times. "We are not going to work in conjunction with Homeland Security on deportation efforts. That is not our job, nor will I make it our job."

California is home to an estimated 10 million immigrants, and about 3.5 million immigrants live in Los Angeles County. Since 1979, the LAPD has been prohibited from undertaking an investigation with the goal of figuring out whether or not a person is undocumented. That's thanks to Special Order 40, which mandated that "undocumented alien status in itself is not a matter for police action" and that every officer should make "equal enforcement of the law and service to the public, regardless of alien status," a priority.

The LAPD has certainly been accused of failing to enforce the law equally, but when it comes to immigration, in this particular moment, Beck's statement matters: As Vox reported, George W. Bush's administration encouraged law enforcement to enforce federal immigration laws on a local level, thanks to clause 287 (g) in the Illegal Immigration Reform and Immigrant Responsibility Act of 1996. So-called 287 (g) agreements empowered police officers to act basically as immigration officers, arresting people they suspected of being undocumented immigrants, which resulted in racial profiling.

Now that Trump has appointed an avid proponent of 287 (g) agreements — Kansas Secretary of State Kris Kobach — to his transition team, as Vox pointed out, it seems all too likely that local law enforcement will once again be tasked with upholding federal immigration law.

Los Angeles Mayor Eric Garcetti confirmed Friday that the city would not involve itself in national immigration policy, according to the Los Angeles Times.

"Our law enforcement officers and LAPD don't go around asking people for their papers, nor should they," he said in a meeting with Coalition for Humane Immigrant Rights of Los Angeles. "That's not the role of local law enforcement."

The LAPD is not the only police department to have taken this stance since Trump's election. As the Huffington Post reported, the Denver Police Department has also declined to take part in the president-elect's immigration strategy.

"Immigration enforcement is handled at the federal level, not by local law enforcement," Doug Schepman, a spokesperson for the Denver police, told ABC 7 Denver in a statement. "The Denver Police Department has not participated in those enforcement efforts in the past and will not be involved in the future."

Trump has previously threatened to "block funding" for cities that failed to comply with his immigration policies, but what precisely he might do is presently unclear.